More Than a Station in Arlington
Votes

More Than a Station in Arlington

As Arlington plans new Fire Station 8, citizens focus on preserving its past. 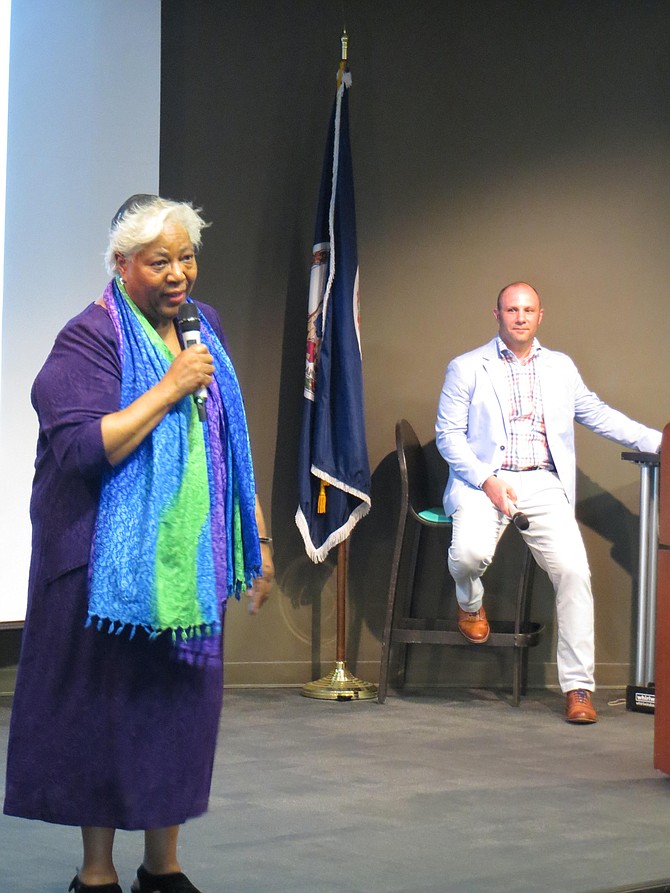 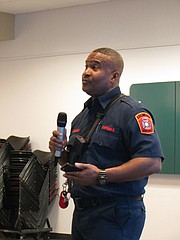 When no one else was there for Arlington’s African American community, Fire Station 8 was. Now, as the county prepares to rebuild the aging station, a community process is underway to preserve the history of the station.

In an April 14 meeting at Central Library, current firefighters and descendants of some of the early ones met and shared their stories from the station. The focus of the meeting was finding some way of holding onto the station’s legacy of endurance under impossible odds.

The first station was built in 1918 in a time when the county would not hire black firefighters, so Arlington’s African American community was forced to develop its own public services. Descendants also said it was in this 1918 building’s community room where local and national civil rights advocates met and planned protests. In 1963 the fire station was moved into its current building. In 2016, the County Board voted to keep the building in its current location.

The community room and other activities around the station helped make Fire Station 8 more than just a public utility. For the local African American population it was a gathering place when all others were closed to them. Rochelle Day, daughter of James K. Jones, one of the first paid Fire Station 8 firefighters, said she remembered summer nights when African Americans couldn’t go into the local theaters. At the station, the firefighters would put a large sheet down the side of the station and would play movies, with the small yard full of viewers.

Kitty Clark Stevenson, daughter of Alfred Clark, also one of the first paid firefighters, said the station was a hub of community life.

“They got us a popcorn machine, we would have bake sales; people lived there,” said Stevenson. “It wasn’t exclusive, but anything you could do at home, you could do there.”

One of the main points of discussion were ideas on how to preserve some of that legacy. One of the suggestions was a brick sidewalk down the nearby street with names of all of the firefighters in the station’s history. There was also discussion of installing a historic plaque. Planning Commissioner Nancy Iacomini noted that the plaques in Arlington are moving past the days of the classic metal shield marker with a wall of text. Newer plaques, like the one commemorating the Battle of Arlington Mills, are a mix of photographs and testimonials. Iacomini said the focus of newer plaques is telling a narrative. Still, the traditional shield from the state had some support from those saying it would tie the Fire Station 8 story move to a statewide legacy of endurance under segregation.

But no matter what, Stevenson said it was important that the new Fire Station 8 still be a fire station first and foremost. Any preservation or history came secondary to that main role. Captain Michael Woodson, station commander at Fire Station 8, said the historical preservation was an important piece of the building’s redevelopment for the firefighters as well.

“If you erase this history, you’ll never get it back,” said Woodson. “What we’re doing, this preservation, it’s important.”

Woodson said he would be interested in seeing some attention paid to the evolutions in technology at the station, from the secondhand equipment the earliest firefighters worked with to the tools being utilized today.