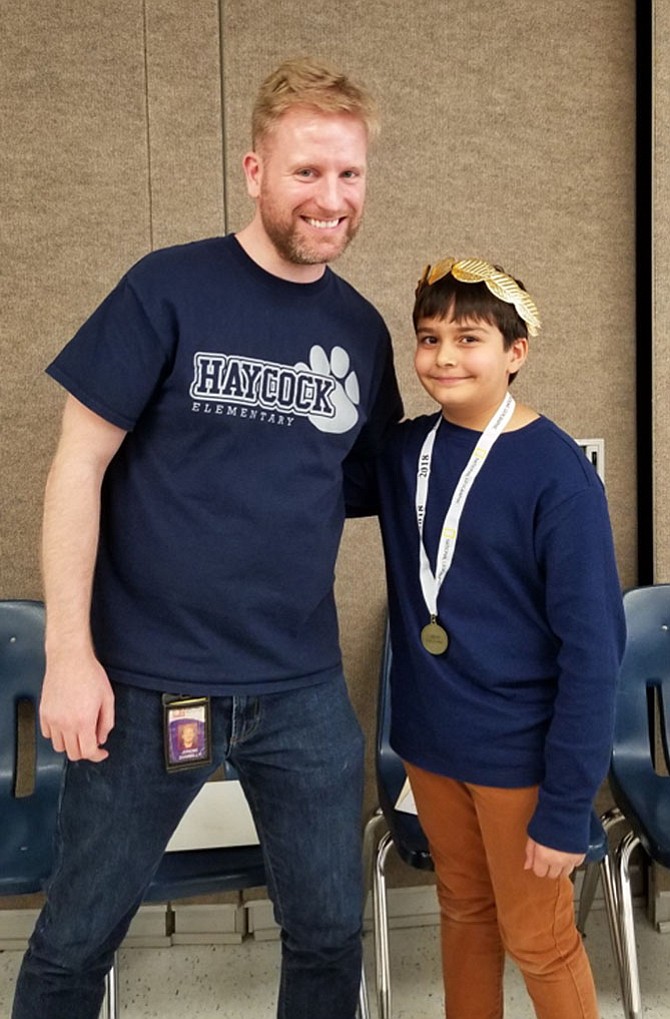 Deven Hagen, fifth grader at Haycock Elementary, the son of Mona Sehgal and Philip Hagen, has been notified by the National Geographic Society that he is one of the semifinalists eligible to compete in the 2018 Virginia National Geographic State Bee. The contest will be held at Longwood University in Farmville, Va. on Friday, April 6.