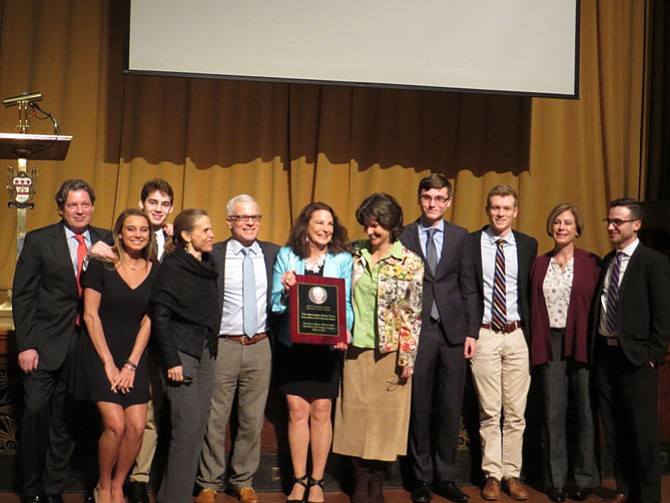 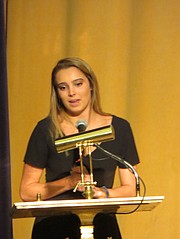 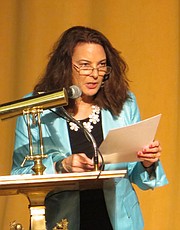 In a world without Patsy Ticer, there is no incoming Potomac Yard Metro stop. There are no sweeping redevelopments underway north of Old Town to transform the area into a modern commercial and residential district. In this world, the entire north end of Alexandria is shaped around a megalithic Washington Redskins stadium. It was Ticer and her staff who stood against pressures from the state and the Redskins owners to preserve Alexandria’s scale and identity. It’s another example of just one way that Patsy Ticer, the first woman to become mayor, who later served as a state senator, played a role in shaping what Alexandria is today.

Ticer died on Aug. 7, and at the March 19 ceremony in the George Washington Masonic Memorial, friends and family of Ticer gathered to celebrate the former mayor. In a video aired at the memorial, citizens across Alexandria narrated Ticer’s life. The three mayors that followed Ticer all expressed their admiration for Ticer both personally and professionally. Among those who spoke about Ticer were other women in local politics, who said she’d been a compatriot and a role model.

“The difficulty of women in leadership cannot be understated,” said Arlington County Board Chair Libby Garvey. “Women who are strong and forceful are seen as [expletive]. If you talk anywhere near as much, you’re seen as talking too much. It’s hard for women now, and it was really hard when Patsy got started.”

“It takes tenacity and stick-to-it-ness,” said Garvey. “She lived through sheer tenacity with integrity, as an elegant lady who stayed above it all and stayed true to herself.”

Garvey once recalled Ticer saying that her mind was different from that of a many of her male counterparts because she often wouldn’t make up her mind on a issue until after the discussion.

“I think she would be proud of the modern women’s movement,” said Garvey. “I think things are really starting to change, fundamentally. She let us all, women and men, strive to stay above it and make this a world we all want to be in.”

Ticer’s granddaughter, Patricia Janowsky, shared memories of Ticer as a grandmother and as a state senator from a time when Janowsky was her page.

“She taught me from a young age how to wave and be a lady,” said Patricia Janowsky. “She always carved out time for [me], and she was the only person to approve of my driving because we got where we were going as fast as possible.”

Patricia Janowsky said that, as a state senator, her grandmother taught her that the most powerful person in the room isn’t the loudest, but the one people listen to.

Ticer’s daughter, Margaret Ticer Janowsky, said her mother was driven by a lifelong drive to service and drawing fulfillment from bettering the world around her. Janowsky brought a plaque that had hung in her mother’s bathroom that said “What you are is God's gift to you, what you become is your gift to God.” Janowsky said it was telling of how her mother lived and engaged with those around her.

At the end of the ceremony, the Alexandria Commission for Women announced that it would be launching a Women’s Hall of Fame with Ticer as the award’s first recipient.