Hunter Mill residents appointed to the County’s boards and commissions. 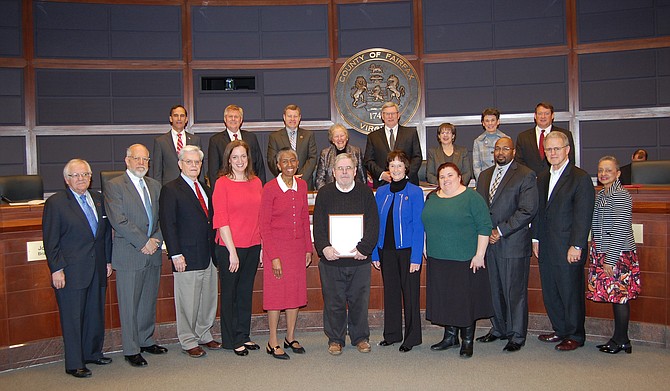 De la Fe also served on the Park Authority Board, five years as Board Chairman. During his service, the Park Authority was able to acquire more than 4,000 acres of open space that has been used for recreation, active and passive, by County residents.

The website for Fairfax County Planning Commission states: “Commissioner de la Fe worked for the National Aeronautics and Space Administration in the 1960s. From 1969 to 1971, he helped create the Illinois State Bureau of the Budget. He then returned to Federal service to establish the Special Action Office for Drug Abuse Prevention. In 1974, he moved to the Justice Department’s Law Enforcement Assistance Administration. He completed his federal career in 1994 when he retired from the Office of Personnel Management. A long-time community activist, since moving to Reston in 1971, Commissioner de la Fe has served in a variety of leadership positions, including serving on the boards of the Reston Association and Reston Interfaith.”

In a separate action, the Fairfax County Board of Supervisors appointed the following Hunter Mill residents to the County's boards and commissions: