“His public service responsibility was a part of his core being. He gave the county all he had.” — James Hart, on Ken Lawrence

“From capital improvements to land use and parks, schools, the environment and more, here it is, we give it all, through regulations, procedures, judgment and intuition, always in public view, and sometimes until 2 in the morning.” — Janyce Hedetniemi, former at-large member 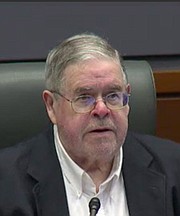 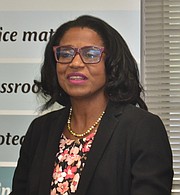 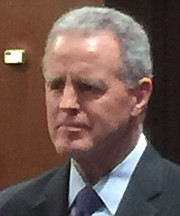 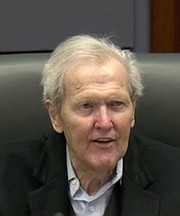 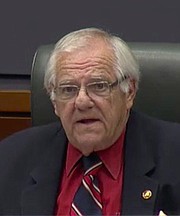 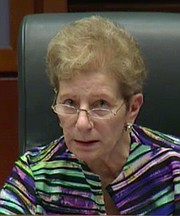 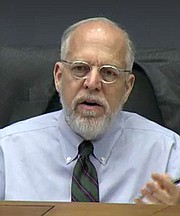 “After 16 years of dedicated service, the Hunter Mill District Planning Commissioner Frank de la Fe has announced his intention to retire,” Hudgins told the Board of Supervisors at its meeting on Nov. 2. De la Fe has served on the planning commission since 2001, and currently is vice chair.

“We will have lots to say about Frank in the future,” said Hudgins.

“I guess it’s a day for Planning Commission announcements,” she said at the supervisors’ meeting.

Of Keys-Gamarra, Smith said, “As much as I would have loved for her to continue as my planning commissioner, it’s just not possible to do both jobs.”

“I have no news on my planning commissioner,” he said. “That is good.”

“It’s a great loss to the commission, she knows it, we all know it,” said Murphy. “We appreciate everything you have done for us.”

Chairman Sharon Bulova appointed Hedetniemi in 2013 and plans to appoint her successor at the Board meeting on Nov. 21.

Murphy read a full version of Hedetniemi’s statement to the commission:

“Tonight, I step away from this wonderful experience as an at-large member of the Fairfax County Planning Commission. … From capital improvements to land use and parks, schools, the environment and more, here it is, we give it all, through regulations, procedures, judgement and intuition, always in public view, and sometimes until 2 in the morning.”

“I am proud to have shared the title of commissioner with my esteemed colleagues,” she wrote. “Commissioners, the honor has been mine. I wish you all the best in your continuing efforts for the betterment of Fairfax County.”

THE PLANNING COMMISSION on Sept. 14 voted to change the start time of public meetings in January from 8:15 p.m. to 7.30 p.m., in part to encourage additional citizen participation and to keep meetings from lasting as late into the night.

The Planning Commission advises the Board of Supervisors on all matters related to land use in Fairfax County, a particularly busy time right now reviewing redevelopment along the Silver Line. The commission holds public hearings, often multiple times a week, and often brings together residents, developers and county planners to work through concerns and conflicts.

This includes the location and character of public facilities; amendments to the Comprehensive Plan; amendments to the Zoning Ordinance, the Public Facilities Ordinance, and the Subdivision Ordinance; rezonings and special exceptions; approvals of final development plans; and also sometimes advises the Board of Zoning Appeals.

Planning commissioners are appointed by the Board of Supervisors for four-year terms on a staggered basis. Each of the nine supervisory districts has a representative, and three members are appointed at-large.

Lawrence died in December 2016 after serving 13 years on the Planning Commission.

“His public service responsibility was a part of his core being. He gave the County all he had,” said Hart.

Hart and Lawrence were sworn in on the same day 13 years ago.

“I could count on one hand the number of votes Ken and I disagreed in that 13 years. I couldn’t begin to count the number of hours we spent in meetings together, so many topics,” he said. “Ken’s legacy added so much to Fairfax County. ... We absolutely will have more and better parks in Tysons thanks to him. His commitment improved our quality of life.”