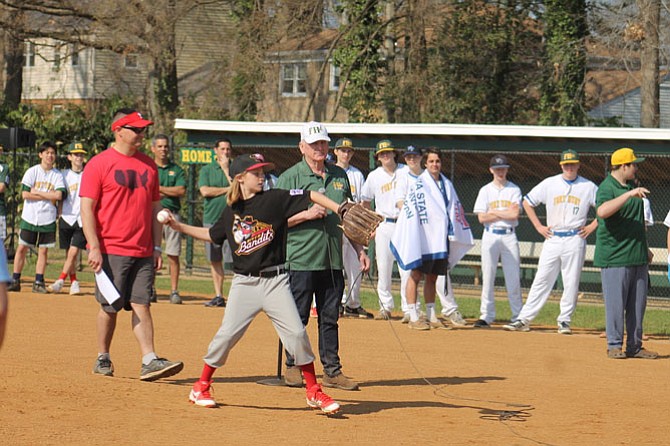 One representative from each FHLL division recites the Little League pledge. 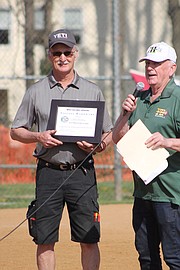 Fort Hunt Little League Division Commissioners introduced their team managers and coaches, followed by players taking the field and high-fiving the West Potomac varsity players on their way around the bases

Commemorative first pitches were thrown by a player from each of the Fort Hunt Little League’s Divisions as well by the West Potomac Varsity Team. Those players include:

A representative from state Sen. Scott Surovell’s office was on-hand to present an official plaque of the State of Virginia Commending Resolution recognizing 2017 as the most successful season in the Fort Hunt Little League’s history with its 10Us, Majors, Intermediate and Seniors teams winning Virginia Little League District 9 Championships and with the Majors and Seniors teams both moving on to clinch the Virginia State Championship in their divisions.

Larry Gray accepted the FHLL Lifetime Sponsor Award on behalf of his local hardware store, Village Hardware. Village Hardware opened its doors in 1979 and sponsored Fort Hunt Little League that year and every year since with over $1,500 contributed each year.