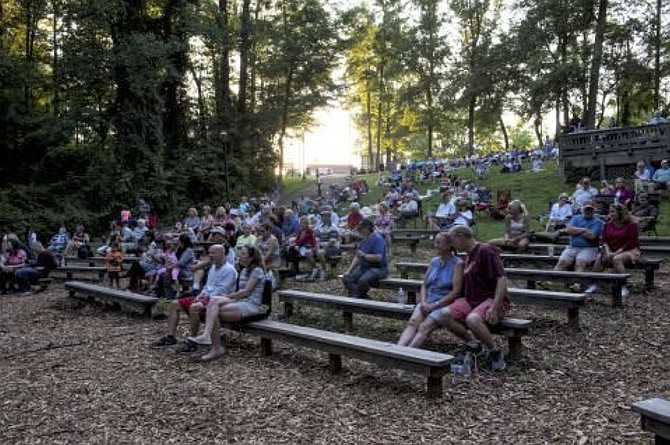 Summer concerts are an American tradition. In the not-so-distant past, towns and villages across the nation boasted town bands and bandstands in the village square or the park at the center of town. Music was a catalyst, drawing young and old alike to come together as a community. Outdoors, in the long twilight of warm summer nights, the concerts marked a time to relax, share a picnic supper and catch up with friends and neighbors.

The Fairfax County Park Authority has adopted this summer staple to orchestrate a renewed sense of community in Fairfax County. The line-up for the Park Authority includes a wide array of performances from classical to bluegrass and everything in between as well as children’s performances, music and dance from around the world, and drive-in movies.

The free performances and movies are possible thanks to a strong partnership between government, volunteers, business sponsors, individual donors and the Fairfax County Park Foundation.

Evenings on the Ellipse at the Government Center

Music at Arrowbrook Centre Park in the Dranesville District

Nottoway Nights in the Providence District

Spotlight by Starlight in the Mason District

Tens of thousands of Fairfax County families have enjoyed these free performances over the years. We hope to see you this summer. Some series offer wine tasting and sales and food trucks. For details on each series, go to https://www.fairfaxcounty.gov/parks/performances.

Most performances are held outdoors and are canceled in the case of inclement weather. Evenings on the Ellipse are held rain or shine. In the event of rain, the performances are moved inside to the Fairfax County Government Center Forum. You may call 703-324-7469 one hour prior to the start of the show for updates.