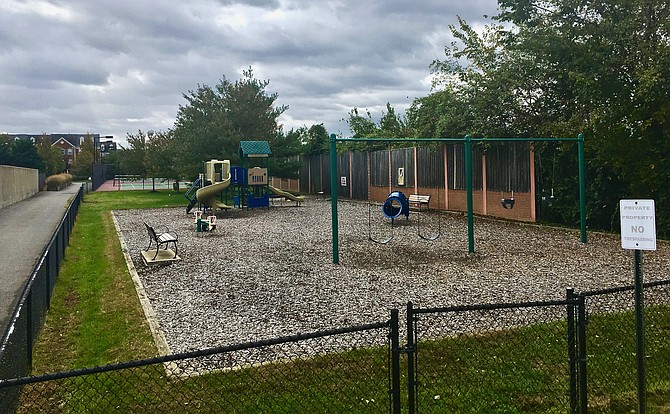 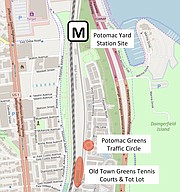 “WMATA’s real estate team has negotiated in good faith for two years with both parties,” said Jinks. But “WMATA reports that Old Town Greens has been non-responsive and Potomac Greens has made demands that are beyond the ability of WMATA to provide. WMATA is taking this action at this time because they are contractually obligated to provide the contractor all required lands to execute the project by January 1, 2019.”

Neither HOA agrees with these characterizations about them.

Marla Diaz, a lawyer representing Old Town Greens, says the HOA hasn’t been unresponsive but, on the contrary, “has been participating with WMATA in this process.”

Ron Lafond, president of the Potomac Greens HOA, disagrees that WMATA has negotiated in good faith so far. He says the HOA received WMATA’s initial offer in 2017, but that the residents had concerns about “a whole host of issues” — for example, impacts on street parking and processes for damages and emergencies. The HOA sent a counter-offer, but didn’t hear back until this summer, about a year later. Claiming never to have received the counter-offer, WMATA reiterated its initial terms, which the HOA still rejected, according to LaFond.

“We don't have any desire to drag this through court, we are just trying to protect the safety interests of our community," he said. "We are hopeful that we can still come to a resolution without having to go through condemnation proceedings."

A resolution is still possible. The Justice Department has until early December to file for eminent domain.

“The Department of Justice has said they prefer to settle these matters and not use eminent domain,” said Craig Fifer, a city spokesman, on Monday, Oct. 29. “WMATA has been considering options and will be reaching out the Potomac Greens association to discuss further.”

In any case, it’s “unsettling” that “WMATA did not provide any advance notice to the city that they had decided to … proceed with eminent domain,” said Jinks.