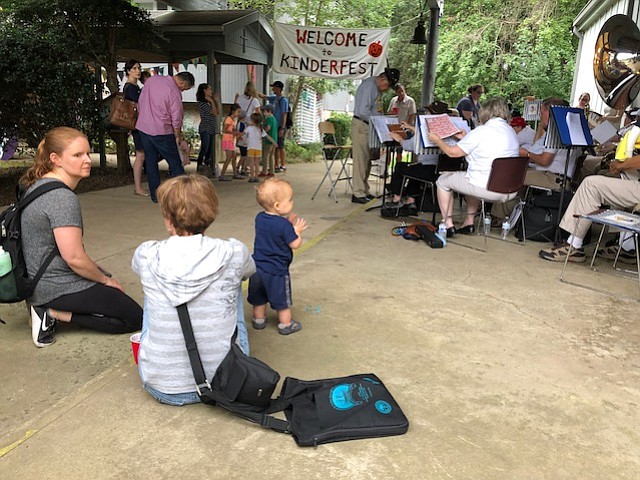 Almost 15,000 tickets were sold for food, drinks, and activities at the annual Oktoberfest and Kinderfest at St. Aidan's Episcopal Church on Saturday, Oct. 6.

The St. Aidan's Episcopal Day School managed the Kinderfest children's activities, including two moon bounces and an enormous, adorable black potbellied pig in the petting zoo. There was intense competition at the lollipop tree for a grand prize Betta fish.

Silent and live auctions included season tickets to the Nationals and oil paintings by the St. Aidan's rector, John Baker.

The church has put on an Oktoberfest since the early 1990s. The Mount Vernon German Band, Vernonberg am Potomak Volksmusik Blasskapelle, has always been a part of the celebration.