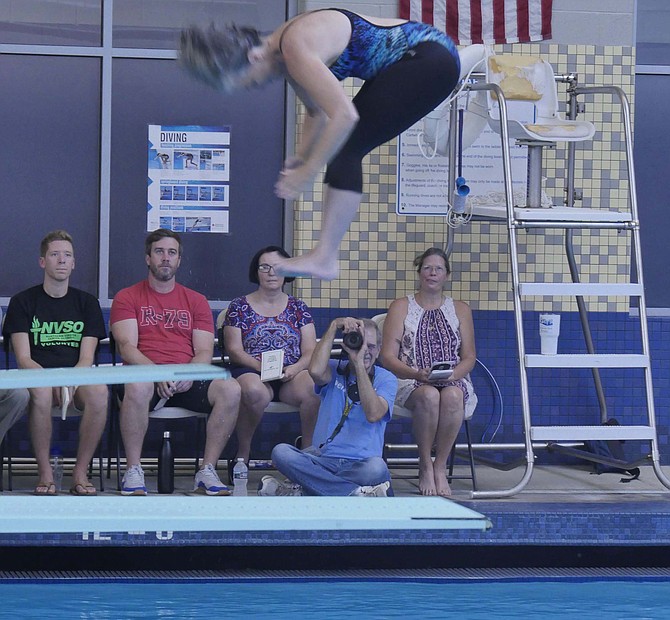 Three Arlington residents participated in the diving events including Kim and Karen Alderman and Madeline Fleckenstein. Karen Alderman will perform six dives, including a front somersault pike, but Kim Alderman says that in his age group they only allow you to do four dives. Still, his dives include a front dive straight with a full twist and a front dive pike with a one-and-a-half somersault.

This year 857 participants signed up for NVSO with Doris Woodring the oldest competitor at 108 in Mexican train dominoes.

The events are being held at 29 community and senior centers, parks and schools around Northern Virginia from Fairfax Senior Center, Walter Reed Community Center in Arlington, Occoquan Regional Park in Lorton, Lake Braddock Secondary School in Burke and Lincolnia Senior Center in Alexandria.

Participants are required to be 50 years of age or older as of Dec. 31, 2018 and reside in the Cities of Fairfax, Alexandria or Falls Church or the counties of Arlington, Fairfax, Fauquier, Loudoun or Prince William.