Where Rain and Snow Go: Arlington’s Precipitation is in Hand
Votes

Where Rain and Snow Go: Arlington’s Precipitation is in Hand 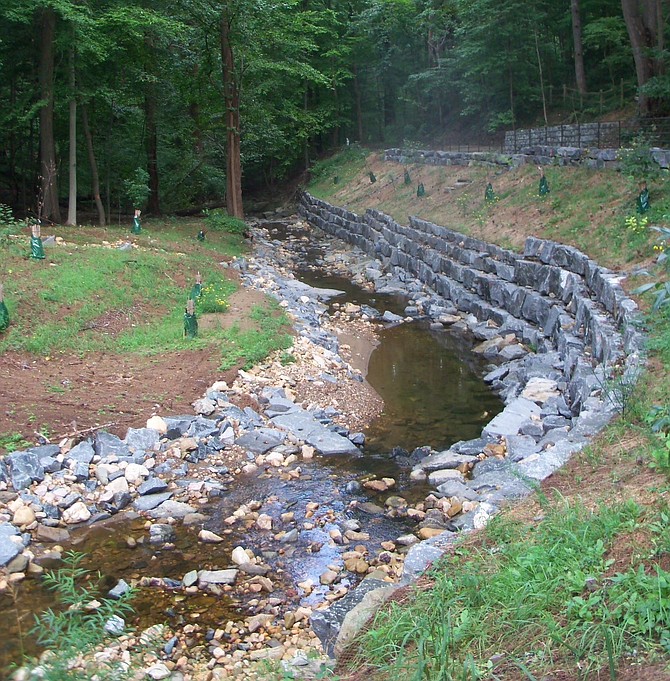 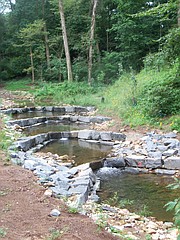 Arlington’s face is a web of natural waterways, usually named a run or a branch. The governing force of these courses is gravity as they seek the low point at the Potomac River. Humans, being what they are, cannot resist changing the face of the land and then declaring the need to improve on what Mother Nature has arranged.

So it is with rain and melted snow. It must go somewhere. Once-upon-a-time days of soaking into the soil are long gone, since humans have paved and built on so much of the area. Now, runoff has become the problem. It must be guided into acceptable channels leading the the many runs and branches, and eventually to the river. Such concentrated flows inevitably cause erosion to the adjacent banks and denude hillsides of trees and other plant growth.

Unlike the well-publicized problem in neighboring City of Alexandria, Arlington County approaches its runoff situation with one vital advantage: The sanitary sewer system is totally separate from and has no connection to the drainage system that captures rain and melted snow.

Arlington County’s engineers and naturalists have designed multiple corrective measures for the runoff problem. One is called “stream restoration.” The most recent example is Windy Run off Lorcom Lane at the foot of North Kenmore Street.

Last week, Aileen Winquist, Arlington’s watershed outreach program manager, hosted a ribbon cutting to celebrate completion of the Windy Run project. She pointed to the elements of the work, including restored stream banks, removal of invasive plant species, creation of midstream channels for the water and use of native plants. Another benefit was the rebuilding of a nature trail for anyone needing to step away, however briefly, from urbanized Arlington. With pride, Winquist declared the project “exciting” and “successful.”

Something apart from rocks and soil and plantings also was highlighted: The stream monitoring program. Regularly, and for more than a decade, a corps of volunteers collect water samples from Arlington’s waterways for testing. In addition, small water creatures are netted and counted, since many serve as markers of purity, or impurity. Kelly Brown, monitor team leader for Windy Run, was pleased to report its condition as “healthy.”