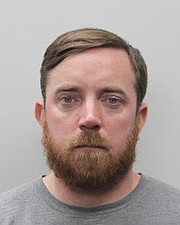 A 38-year-old daycare employee is facing charges for the sexual exploitation of two juveniles. FCPD Chief Edwin C. Roessler Jr updated the community on the investigation. “The arrest we are about to brief you on is one that is horrific to the safety of our youth in our community. My prayers will continue to be given to the victims and their families as a predator has traumatically harmed their lives” said Chief Roessler.

On March 28, the police report they were contacted along with Child Protective Services after a child disclosed that they had been inappropriately touched by Rolly Hammond, of Burke. This investigation led to an additional juvenile being identified as a victim who had been abused for several years by Hammond, according to police.

Detectives would like to hear from anyone who is concerned their child may have had inappropriate contact with Hammond or if they have any form of information that will assist in our investigation.

Tips can also be submitted anonymously through Crime Solvers by visiting http://www.fairfaxcrimesolvers.org, or text-a-tip by texting “TIP187” plus your message to CRIMES (274637). Anonymous tipsters are eligible for cash rewards of $100 to $1000 dollars if their information leads to an arrest.