Recognizing Centreville and Clifton Volunteers of the Year
Votes

Recognizing Centreville and Clifton Volunteers of the Year 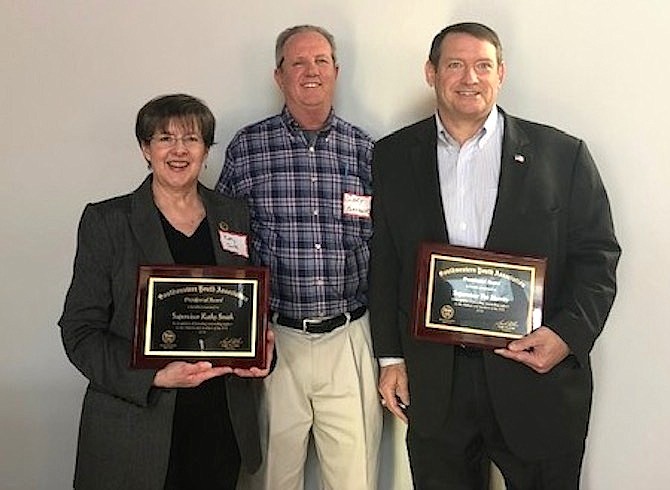 Thirty-nine Centreville and Clifton area residents were honored recently by the Southwestern Youth Association (SYA) for their efforts during 2018 on behalf of the organization’s 13,000 registrants and their families. The volunteer-honorees were nominated by the Commissioners of each of SYA’s thirteen sports programs. SYA has more than 2800 volunteers.

Gary Flather presented the annual Presidents Award to Tom Healy, former SYA Football Commissioner, in recognition of his dedication to SYA and his years of volunteer service.