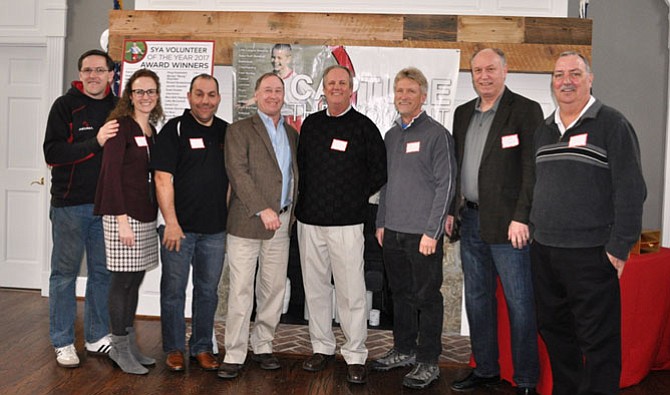 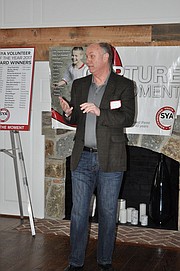 Thirty-eight Centreville and Clifton area residents were honored recently by the Southwestern Youth Association (SYA) for their efforts during 2017, on behalf of the organization’s 13,000 registrants and their families in support of the 13 sports programs coordinated by SYA. The volunteer honorees were nominated by the commissioners of each sport.

“We couldn’t achieve our level of success in the broad range of sports we provide our area youth without volunteers,” said SYA President Gary Flather. “These volunteers have time and time again showed their commitment to our mission.”

Flather presented his annual Presidents Award to Rob Hahne, who has been a volunteer with SYA since 1990. A special recognition was given to Ray Arduini of the Manassas-based Thurston Companies which has been providing support for the construction of the SYA Sports Park.

Since 1973 SYA has provided the youth of Centreville and Clifton and the surrounding communities with the opportunity to participate in sports activities. Today, SYA serves over 13,000 children ages 4-19, and over 5,000 families. SYA is a nonprofit, all-volunteer organization dedicated to providing the children of Southwestern Fairfax County with a safe and positive environment through sports competition.