Commentary: A Man Was Lynched in Alexandria: 120 Years Ago Today
Votes

Commentary: A Man Was Lynched in Alexandria: 120 Years Ago Today 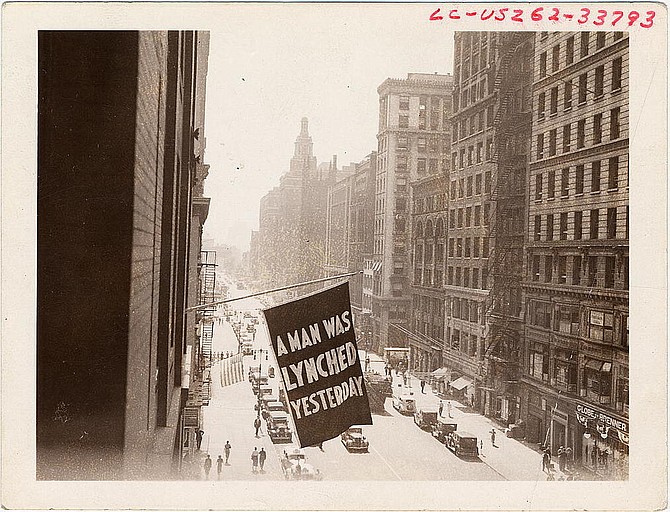 On any Saturday morning, Alexandria residents and visitors enjoy the famous farmers’ market in front of City Hall. What they may not realize is that they are near the sites of two racially motivated hate crimes. While close to Washington, D.C., late 19th-century Alexandria was still a southern town, with strong beliefs about acceptable interactions between whites and blacks. African Americans were expected to tolerate their second-class status in a town their labor helped build.

Imagine not being allowed to eat in white-owned restaurants; being unable to shop in white-owned stores; not being able to share a sidewalk or even make eye contact with a white person; and being addressed as “boy” or “girl,” no matter your age or position in the community. African Americans suffered these and other indignities daily.

In the 1890s, the lives of two young African American men, Alexandria residents Joseph McCoy and Benjamin Thomas, were cut short when they were killed by angry mobs. Both were accused of crimes against young white girls and jailed for their alleged offenses. Before the legal system could decide their guilt or innocence, enraged individuals stormed the jails to enact vigilante justice. McCoy was hanged on April 23, 1897, at the corner of Lee and Cameron streets, on the east side of City Hall. Thomas was lynched on Aug. 8, 1899, at the corner of King and Fairfax streets — 120 years ago today.

Benjamin Thomas was reportedly 20 years old when he died, but he could have been as young as 16. Accused of attempting to sexually assault a white girl, he was held in jail until a mob overpowered the guards and got the keys to the cell. The mob took him from jail and put rope around his neck and arms. They dragged him six blocks, first on his back, then face down. At the southwest corner of King and Fairfax streets, a police officer cut the rope, but it was re-tied by the mob and Thomas was hanged from a lamppost. The crowd also shot at him multiple times.

By the time police cut Thomas down, he was dead, or nearly dead, and some reports indicate he was nearly naked. No one was ever charged in his death. He was buried at Penny Hill Cemetery without a church funeral, although Shiloh Baptist Church held a memorial service for him later.

There was outrage in the Alexandria’s black community, but little could be done, as any action might incite more violence. Lynchings instilled fear and terror in the African American community, and they were used to control and keep African Americans “in their place.”

Between 1880 and 1930, there were 86 documented lynchings in Virginia. While Virginia has the lowest recorded number of lynchings in the South, it is still a shameful chapter in the Commonwealth’s history. Now, the cultural impact of lynching has been brought to the forefront of American’s consciousness, due to the work of the Equal Justice Initiative.

The Equal Justice Initiative (EJI) is a private, nonprofit organization “committed to ending mass incarceration and excessive punishment in the United States, to challenging racial and economic injustice, and protecting basic human rights for the most vulnerable people in American society.” EJI was founded in 1989 by eminent lawyer and acclaimed author Bryan Stevenson.

EJI recently inaugurated the National Memorial for Peace and Justice in Montgomery, Ala. It is “the nation’s first memorial dedicated to the legacy of enslaved black people, people terrorized by lynching, and African Americans humiliated by racial segregation and Jim Crow.” The memorial comprises 800 individual pillars, each one representing an area of the U.S. where racial terror lynching occurred. Inscribed on each pillar are the names of the victims. The Initiative also constructed an identical set of 800 pillars and is inviting officials from the places they represent to claim their pillars and install them in appropriate locations. Alexandria’s pillar is engraved with the names of Joseph McCoy and Benjamin Thomas.

As the director of the Alexandria Black History Museum and a city employee for more than 25 years, I have been privileged to work on the development of Alexandria’s African American Heritage Park and the Contrabands and Freedmen Cemetery Memorial. I believe it is time for EJI’s pillar to join these important memorials. Alexandria’s lynchings must be part of our community’s historical narrative. In a country more divided than ever along racial lines, these sites are tools in the fight against hate.

On Sept. 21, the city will host the first of many community engagement meetings about Alexandria’s lynching history and the claiming of our pillar from EJI. Alexandrians are invited to attend and be voices for change. Let us join other Virginia communities by acknowledging the terrible injustice done to African Americans who suffered the fate of being lynched. Denied justice in life, their silenced voices speak through us as we say that Alexandria stands for diversity, inclusion, and reconciliation.