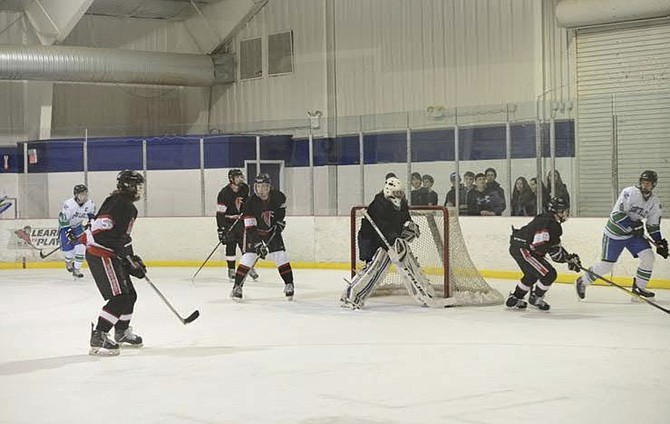 The Madison Warhawk Ice hockey team finished the regular season with a 7-3 record at the top of the Adams division, and third place in the league, earning a playoff spot. In their last game, the Warhawks lost to South Lakes 1-2 but played an impressive game with team captain Luke Pohlman filling in for ailing goalie Ben D’Haiti. Having never played goalie before, Luke turned away 26 shots and the Warhawks made a solid effort on offense, pelting South Lakes with 50 shots. Forward Max Marr’s un-assisted shot was the only one finding the back of the net. The Warhawks face a TBD opponent in the quarterfinals on Monday, Feb. 25 at 5:50 p.m. at Skatequest Reston.