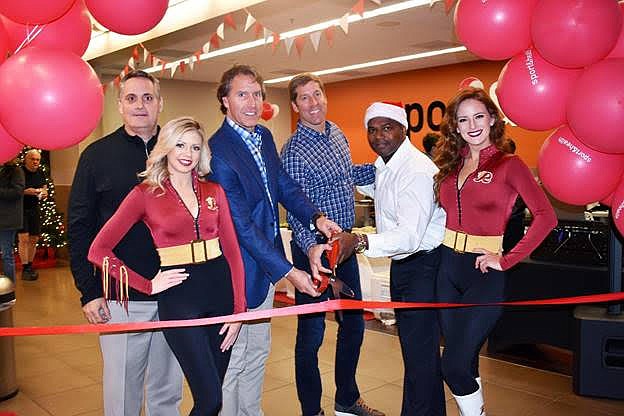 The ribbon was cut by Kirk and John Galiani, co-Chairmen of US Fitness, Paul Harris, the club’s General Manager, Brian Smith, Senior Vice President of Operations and the Redskins Ambassadors. Photo contributed

US Fitness, the operator of health and fitness clubs across the Mid-Atlantic and Southeast United States, announced that Tysons Sport&Health recently completed a two-million-dollar renovation to the club and celebrated with a ribbon cutting ceremony on Tuesday, Dec. 18. The upgrades were celebrated with a ribbon-cutting and party at the club.

Overall the club received a fresh new look and feel just in time for the new year and to coincide with the ongoing redevelopment of the Tysons area.