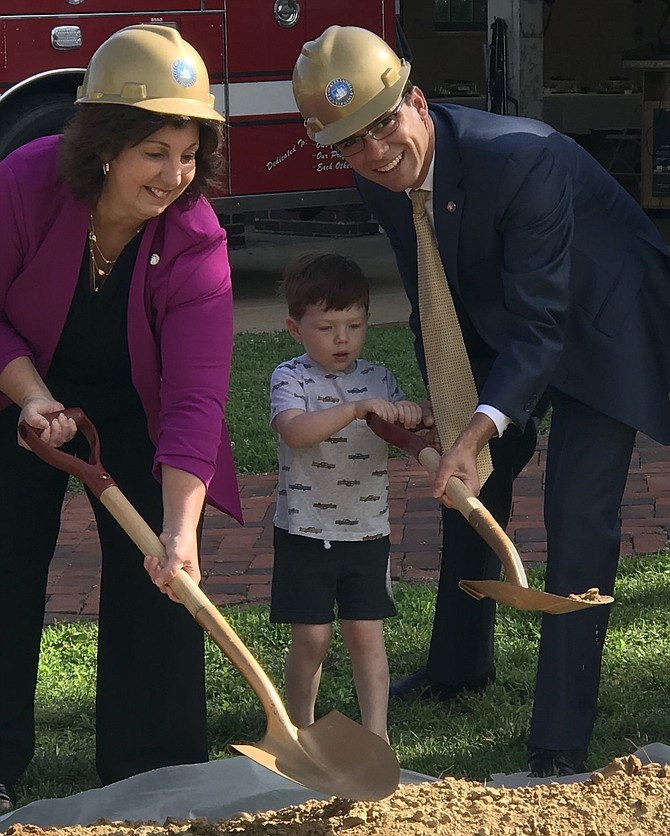 Leaders from the fire department, city government and the North Ridge Citizens’ Association broke ground on Saturday, June 22 on a project to expand and renovate Fire House 203 on Cameron Mills Road. The $12 million initiative will replace the old station, built in 1948, with a state-of-the-art facility to serve residents in the nearby Beverley Hills, Del Ray and Rosemont neighborhoods.

The expansion will increase the square footage of Fire Station 203 to more than twice the size of its current footprint. The renovated facility will have additional bays for equipment, modern bunk rooms and updated fire and EMS technologies. The new station is slated for completion in summer 2020.