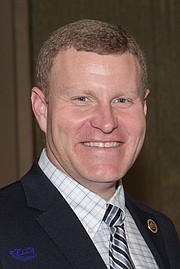 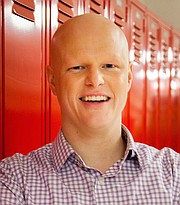 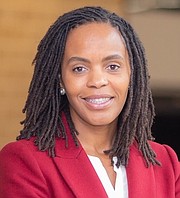 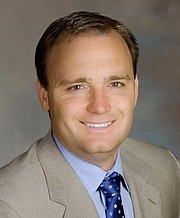 Three of the four Democratic candidates seeking the top elected spot in Fairfax County met once again on May 30 at a forum hosted by the Greater McLean Chamber of Commerce at the Alden Theatre in McLean Community Center. Current Lee District Supervisor Jeff McKay, Fairfax County School Board at-large member Ryan McElveen, and Georgetown law professor Alicia Plerhoples took to the stage to express views and solutions to county-wide issues. WUSA – Channel 9’s Peggy Fox served as moderator, posing questions composed by the chamber, as well as those submitted by audience members.

The fourth Democratic challenger for board chair, Reston-based developer Tim Chapman, sent his regrets due to family circumstances. It was possibly Chapman’s absence that kept the temperature at a simmer rather than a full-on boil such as was reached when all four met recently in a debate hosted by the Fairfax Democrats, the Democratic Business Council and the Northern Virginia Labor Federation. At that event, Chapman and McKay traded verbal punches on issues of leadership and ethics when moderator Julie Carey, NBC4 News Northern Virginia Bureau Chief, brought up an ethics complaint against McKay, alleging that the supervisor received a discount on a home he had purchased from a developer who had business before the Fairfax County Board of Supervisors.

McKay has vehemently denied the charge, and reiterated his denial at the earlier debate, but Chapman continued to press that hot button, insisting the allegations were “very troubling.”

McKay returned fire, accusing Chapman of engaging in a smear campaign with false allegations, replying that to “try and smear me because you are not winning a campaign is a Trump maneuver.”

THE ALLEGED VIOLATION wasn’t raised at the McLean event that focused heavily on economic and related issues that face the county. The candidates maintained a civil demeanor toward each other, though there were still some politely heated moments.

While McElveen and McKay generally used their response times to expand on each topic (with McKay providing some historical context from his perspective as a current board member) and offer their recommendations for improvements, Plerhoples frequently included criticisms of the board’s record on many of the issues.

While not specifically backing this criticism, McElveen agreed that “some progress had been made,” but more could be done. He favors upping the tax percentage of funds set aside for affordable housing to 2 cents per dollar of assessed property value to ward off a “greater crisis coming” and take the strain off all those affected, including younger and older county residents.

When the topic of funding for parks and public libraries was raised, Plerhoples hit back at McKay’s response. McKay praised both parks and public library departments for their ability to run effective, much needed organizations on less than 1 percent of the county’s entire budget, referencing that number as one way the county had fought those who sought to take funds from parks and libraries to cover other financial shortfalls or fund other priorities. McKay reminded the audience of harder times of the recent past when line items for such services often came under attack.

To this rationale, Plerhoples, who said that those public places “probably got me into Harvard” and who personally experienced housing instability during her youth, replied, “if these services are so important, why do they only receive 1 percent of the budget?”

Responding to an audience question of revitalization of some more neglected areas of the county like Bailey’s Crossroads, Plerhoples again took exception to McKay’s answer.

McKay made the case for “balanced” redevelopment bringing “economic engines to all parts of the county.” Giving examples of the work done to bring Springfield Mall and surroundings back to life, and the work being done on the Route One Corridor, McKay said that “sometimes rules had to be broken.”

“We don’t need to break some rules,” shot back Plerhoples. “Actually we want the exact opposite in our supervisors,” she said.

Before answering the next question concerning support of women and minority businesses as contractors to the county, McKay took the opportunity to make clear any misunderstanding of his previous reply.

Part of the “hard decision-making” of the board’s job, says McKay, is finding ways to make “squares fit in a round hole.” The success of the Springfield revitalization required just that type of creativity.

SCHOOL BOARD MEMBER McElveen also “corrected” his opponent in a follow-up after a discussion on workforce development, taking exception when Plerhoples spoke about creating internships or other paths for area high schoolers to prepare for the jobs of the future.

McElveen pointed out that Fairfax County Public Schools already does just that, and has expanded their efforts recently by adding stipends for certain IT and related training opportunities.

“Students have a chance to learn and get paid – school-sponsored internships,” he said. McElveen also mentioned other areas and partnerships that gave local students more preparation for success after high school graduation.

When Plerhoples cited that Fairfax County was on the verge of becoming a minority-majority jurisdiction and that more emphasis needed to be placed on inclusion of minorities in the governmental conversation, McElveen responded that the school system had already reached that demographic status. FCPS has a school population of more than 187,000 students; 40.7 percent of FCPS students are White, 27.4 percent are Hispanic, 20.8 percent are Asian, 10.6 percent are Black, 5.5 percent are two or more races.

The assurance of diversity and equity “and the reflection of our residents in our school staff” is already in practice, according to McElveen, and is, in fact, incorporated in the system’s Strategic Plan.

McElveen also said that he is “the only candidate on this stage to have been part of developing a strategic plan tied to a budget.”

There was plenty of agreement by all three on a number of issues and in declaring support for various efforts, actions and agencies, even while they differed in what to do next to protect or improve them.

The “One Fairfax” equity policy is celebrated by all the candidates. McKay called it “one of the most important, if not the most important thing I have done on the board,” referring to his role in authoring the policy. McElveen appreciates it as a “framework” from which to continue to enhance the “equity lens” by which the county’s work is done. Plerhoples also applauded the adoption of the policy, but questioned how it could be effective with only one person, Chief Equity Officer Karla Bruce, charged with its implementation and enforcement.

“She needs a team and a direct line to the chairman” for success, said Plerhoples, “and buy-in from the community.” She sees herself as “uniquely qualified” to build that buy-in as a person who has “experienced many of the hardships faced by our residents.”

McKay opposes increasing Business, Professional and Occupational (BPOL) taxes. “We’ve seen that backfire elsewhere” and doesn’t think that further “taxing of our small businesses” is the answer. He vowed to keep fighting and working with his General Assembly allies to gain for Fairfax County the same taxing flexibility that Fairfax City and our region’s towns have. The supervisor cannot see the reasoning behind a city of some 25,000 inhabitants having greater authority over it’s taxing methods than the county of more than 1.1 million. “It’s ridiculous.”

Plerhoples looks at expanding the commercial tax base with more businesses, while McElveen simply stated that if more reasonable means to gain more autonomy from the state’s rule did not meet with success, “I will sue the state.”

Speaking on a topic of particular interest to the audience – overcrowding at area schools — all agreed that the School Board needed to step up and address the boundary issues that have McLean High School over burdened by its student population, while Langley High School has untapped capacity.

Plerhoples led the candidates’ closing statement segment, saying again that other municipalities are passing Fairfax County by and that residents are often “asked to settle for less” from their elected officials. She offered statistics that indicate 30,000 more Fairfax County residents have fallen into poverty since 2004 and that “50 percent of students [graduating] in the Lee and Mount Vernon school areas are not college-ready” yet “no one on this board, including Jeff, have called for expanded Pre-K. This is not the type of results we should be rewarding with a promotion.”

“That’s just not true,” responded McKay in his closing. “I have seen hundreds of slots and millions of dollars added to Pre-K, particularly thorough the One Fairfax initiative.”

“It’s easy to sit up here and complain. I’m here to tell you I am very proud of this county. We are nationwide leaders in a number of statistical areas. We are still a place where people want to come to live the American Dream … that doesn’t happen by accident. It happens because you elect the right people.”

McKay said he is the one who has served the county “full time, everyday, for the last 11 years.” Acknowledging there are challenges, he says he believes in the potential of the county and feels his experience and the relationships he has built are core components of his ability to “take us to the next level.”

McElveen is “the only one who has been a countywide elected official,” and he feels that helps him best understand the needs of all of the county’s populace.

He also elicited some laughter from the audience when he acknowledged that he was not endorsed by the Washington Post (which has endorsed McKay in the chairman’s race).

“It was a full half sentence that said Ryan McElveen is a school board member who antagonizes supervisors. I would be happy to have that etched on my tombstone,” although he says he would make one correction.

“I haven’t antagonized people, I have stood up to them, and that’s what we need in our leaders. Someone who stands up for the needs of the people in our community.” Asking for the public’s vote, McElveen promised that all in the community would have the opportunity to access the American Dream.