Yearnings for Bells and Magic in Herndon
Votes

Yearnings for Bells and Magic in Herndon 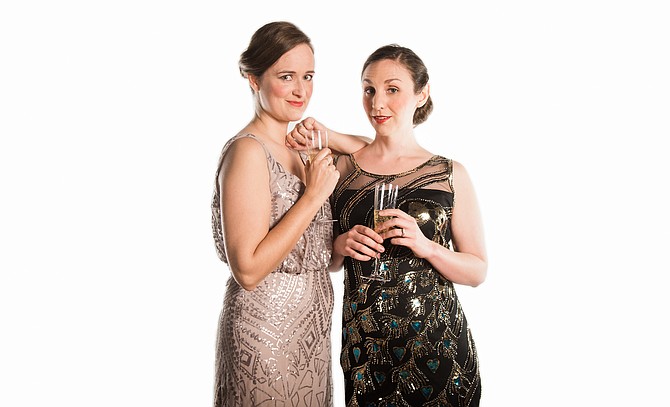 Playwright Noel Coward is known for his timeless lyrical wit and farcical comedies that take on society’s traditions. In the case of “Fallen Angels” Coward focuses the audience’s attention on an apparent rivalry between two wives, both in marriages that have lost their original sparks. Both wives wonder if magic will appear with a new adventure along with the expected arrival of their dazzling former love interest from the time before each was married.

“‘Fallen Angels’ is the quintessential Noel Coward play. There are clever characters put into extreme situations. But this play focuses on the female characters,” said Abigail Fine, who is directing the NextStop production. “I love a play that digs into complicated female desires and friendships, especially through comedy.”

In Coward’s “Fallen Angels,” the two central female characters are Julia and Jane. “They are best friends and neighbors, each five years into happy yet predictable marriages,” added Fine. “On the same weekend their husbands go on a golf trip, they receive a postcard from Maurice, the Parisian ex-boyfriend they share (Julia met him first, then Jane), explaining that he’s arriving in London. The friends must decide if they will flee the country to avoid temptation, or stay and stand — or fall — together.”

For Fine, “’Fallen Angels’ is a real showcase piece for actresses. We had an extensive audition process, as always, and I cast the funniest and most authentic actors in these roles, with an extra eye toward the chemistry between the leading actresses playing Julia and Jane. As it turns out, Teresa Spencer (Julia) and Elizabeth Anne Jernigan (Jane) are real-life friends.”

Inviting audiences to see NextStop’s “Fallen Angels,” Fine called it “hysterical and relatable. Plus, it’s going to be gorgeous, with an Art Nouveau set and beautiful period costumes. A feast for the eyes!”

The six member cast includes a number of NextStop favorites including Lorraine Magee as an opinionated “servant,” John Stange, James Finley as bewildered husbands and Robert Pike as Maurice.

As far as NextStop Theatre found after a search; this is the first production of Coward’s “Fallen Angels” in the Northern Virginia area. “We’re proud to be the first. It is a scandalous show. When the play first premiered in 1925, the idea that women had sexual desire outside of marriage was outrageous!” said Fine.

As for the title “Fallen Angels.” Well, even angels can sometimes succumb to unexpected love.