Sports Tourism May Be Next for Northern Virginia
Votes

Sports Tourism May Be Next for Northern Virginia 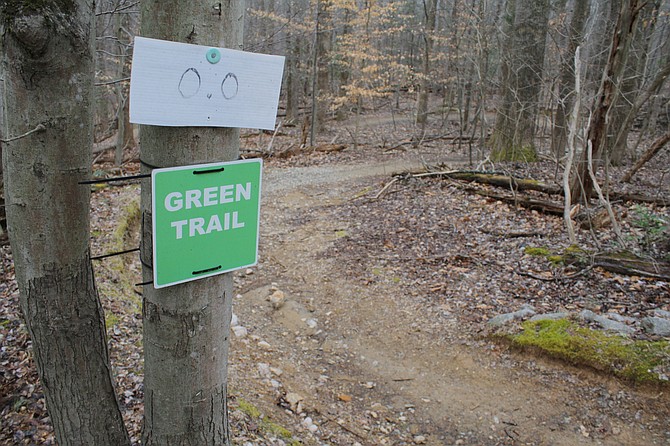 The mountain bike trail at Fountainhead is one of the best in Virginia. Photo by Mike Salmon.

Creating an indoor ski slope out of the Lorton Landfill mountain of trash is just one idea that is part of a larger proposal involving “sports tourism,”

Mountain biking is one sport being looked at for "Sports Tourism."

that Supervisor Pat Herrity (R-Springfield) supports so Fairfax County can take advantage of this possible financial gold mine.

“We could have ski teams in our schools,” Herrity said, looking at the bigger question surrounding this notion of sports tourism. “Why haven’t we looked at this before?” he asked.

Herrity noted that there are 60 indoor ski facilities in the world, but none in North America, so the Lorton Landfill site would be the first if it happens. “It’s got a significant vertical drop already,” he added.

Herrity is leading a task force to look at the whole sports tourism idea which also includes mountain biking at the Fountainhead Mountain Bike Trails, more sports fields at Baron Cameron Park in Reston, more baseball diamonds at Patriot Park North and a Field House/Hard Court/Indoor Track facility, aquatic sports, ESports and more. The idea is to leverage private dollars in public-private partnerships to get these facilities built and then used for tournaments and other larger-scale events where people will come from all over the country, stay in area hotels, eat in local restaurants and feed the retail and tax base.

The Task Force was formed to better understand the potential economic impact of the $10 billion and growing sports tourism market and how the county could take advantage of this market to diversify its tax base and develop facilities for county residents paid for in whole or part by sports tourism generated revenue, according to its interim report.

The first step for the indoor ski facility is “to work towards a negotiated P3 agreement and investigate ways to run the P3 negotiation concurrently with the zoning process,” the report read.

On the Task Force

The task force – which consists of representatives from the parks, schools, Visit Fairfax, George Mason University and private developers – is looking at the value of potential sports/athletics tourism opportunities and partnerships and outline what investments the county may be expected to make to achieve these goals, the document states.

In South County, there are four of the top ten mountain bike courses in Virginia, said Paul Gilbert, the Director of Nova Regional Parks. He is working on the mountain bike part of the plan, which would use several of the areas top-rated trails in combination with other existing facilities. Instead of a race on one trail, he’s picturing “more outdoor adventure sports,” type of competition. The regional park at Occoquan could be linked to Fountainhead, and then to the track at Wakefield park via the Cross-County Trail. Some of this connections may need the approval of private landowners and “we’re seeing if we can get that connection,” he said. 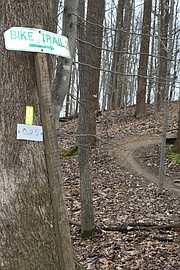 The mountain bike trail at Fountainhead is one of the better trails in Virginia.

River Rock is sponsored by Dominion Energy that incorporates kayaking, climbing, arts, mountain biking and other extreme-type sports that Gilbert mentioned as well. The MoCoEpic is a similar event that Rodriguez is involved with, and is part of his vision for the Fairfax County mountain biking effort. Another example Rodriguez noted is the Patapsco Trail Fest in Maryland.

Sponsorship is one element that is needed for funding, and the task force is reaching out to various organizations. The off-road bike magazine “Dirt Rag,” was mentioned as one possibility for the biking aspect. “We’re looking to find a long term or medium-term sponsor,” said Gilbert. “Any company that wants to have a positive outdoor image would be ideal,” he added.

Any parent that has children in school sports knows that transportation can be a problem when shuttling to various events, so the “Task Force recommends that where possible sports facilities be clustered.” In Lorton for example, there are several hotels and restaurants near the Lorton exit off I-95 and room for additional facilities near the landfill if needed.

They looked at several facilities nationwide that are already cashing in on sports tourism, including Prince George’s County Sports and Learning Center in Landover, Md. and the Maryland SoccerPlex in Germantown, Md. Fairfax County has had some success over the years in developing the sports market, the report stated, using the World Police and Fire Games in 2015 for an example. There are many more sports tourism opportunities looking to come to the county than the County has the facilities to handle, it stated.

The task force is in need of a consultant with experience in facilitating something as large as this and the advertisement has gone out to hire someone. “They hope to have someone on board by the end of March,” Herrity said. “There’s really a lot of exciting stuff coming out of this,” he added.

See more about the Sports Tourism Task Force at www.fairfaxcounty.gov/springfield/sports-tourism-task-force