Play Reading for the Musical, ‘Ponzi’ 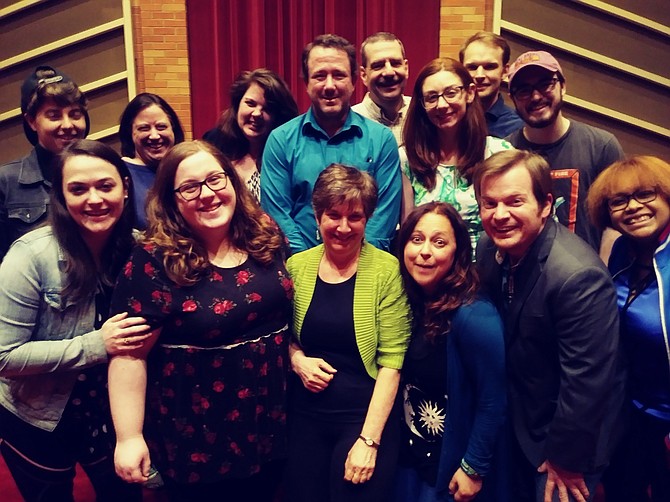 The cast of “Ponzi” in rehearsals. Photo by Robert Blizard 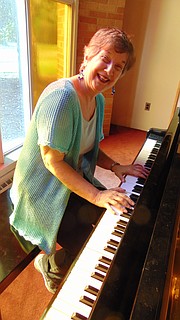 Lois Cecsarini, who created the music and lyrics for “Ponzi.”

With original music and lyrics by Lois Cecsarini of Alexandria, the first play reading of the new musical “Ponzi” will be held on Saturday, May 4, at 2 p.m. at the Nannie J. Lee Center in Alexandria.

It was a time of turmoil, with new technology flooding the market, as well as voting rights, Russian influence, and unrest on the Southern border dominating the headlines. Weary of war, people were anxious to believe their fortunes would soon change for the better. Enter Charles Ponzi, with his signature smile and confidence, ready to take anyone’s money and turn it into gold. So, began the saga that would make the name ‘Ponzi’ live on to this day.

According to Director Bridget Grace Sheaff: “’Ponzi’ is a new musical about the life of Charles Ponzi who the Ponzi scheme is named after. A lot of the musical is taken from his autobiography. There’s quite a few direct quotes from his writings that end up in the text itself. It’s really about the scope of society around Ponzi, specifically in the heat of the 1920s and the rapidly changing century that we experienced in the early 1900s.”

Playwright and lyricist Lois Cecsarini of Alexandria said she had been inspired by a random audiobook on the life of Ponzi and found his autobiography, which is what the main inspiration is based upon. It took her 10 months to write.

“I was struck by that same question,” she said. “Why did people believe in this person? Why did they give him their money when it all seemed too good to be true? It’s a darn good story with a fascinating character — a complex character. He has moments of great insight and moments of self-delusion, and I found that fascinating.”

She added: “For me, the story is about a man but also the crowds who respond to him. There are many different reasons the crowds respond to Ponzi. You could say it was greed but it was more than that.”

In composing the music, she said she wanted to make it sound vaguely 1920s. “I’m not well versed in jazz or genres composing specifically to those genres. So, there are syncopations that might remind you of Ragtime. And a few dance themes that were popular but mostly the story dictates the music and I try to listen to the voices,” she said.

Writing a musical is a long process and many changes are made along the way, she said. “First of all, every composer wants his or her work to come to life but you realize that to do that you have to give it over to the performing artists and the audience, and it’s a little daunting to let that go,” she said.

Cecsarini has written five plays or musicals; her writing started when she was stationed in the U.S. Foreign Service in Cape Town, South Africa, with her production of “The Gospel of Mary” In 1999.

Christopher Overly, 46, of Prince Frederick, Md., is playing the lead role of Ponzi, a swindler. “Money was of utmost importance to him. He generally cared for people but money edged them out. He actually stole money from paperboys and his brother-in-law. He took them as investors to the Ponzi scheme. But he would also literally give you the skin off his back. But almost everything he did was for a reason,” he said.

The first reading of the musical “Ponzi” will be held on Saturday, May 4, at 2 p.m. at the Nannie J. Lee Center, 1108 Jefferson St., Alexandria. No tickets are required; a free will donation will be taken. Visit www.lonotesmusic.com.