Candidates in their own words: Why they are running, what differs them from others in race?

First elected in 1999 as the Hunter Mill District representative on the Fairfax County Board of Supervisors, Cathy Hudgins announced at the Jan. 22 Board Meeting that she would not seek reelection this year.

After 20 years in the position, Hudgins has decided to retire when her fifth term concludes at year end.

A champion of many social issues and of the Metro and other transportation improvements in the district, Hudgins has faced some of her loudest and largest critics in the last few years – particularly among Reston residents. Vehement opposition arose to her support of allowing higher density development in Reston.

Five Democratic candidates are looking to occupy Hudgins’ seat when the new Board convenes. For the first time in recent memory, the race will include a Democratic Primary to be held on June 11. On the ballot will be:

So far, their meetings at local debates and forums have been admirably civil. At a North County Supervisor Candidate Forum on the Environment hosted by nonprofit 350Fairfax on May 6, there was unanimous agreement on the threat of climate change and the need to pick up the pace of local government’s response to what most of the attending Hunter Mill and Providence Districts candidates named as a crisis, even as they offered variations on solutions, ranging from the “one small change can make a big difference” to the “fight the issue on a regional/state/federal level” approaches.

Despite the relative cordiality during the public events, things have turned a bit more heated of late with Dodd “disappointment to learn that [opponent] Walter Alcorn received contributions from the American Legislative Exchange Council (ALEC), an organization funded by the Koch Brothers … ALEC has pushed … state laws to bolster gun rights, allow environmental degradation, restrict voting rights, … cripple collective bargaining … privatize essential public functions, along with many other extreme laws …”

Alcorn responded swiftly, returning the two individual contributions of $250 to the donors working for ALEC which his campaign apparently accepted without prior knowledge of the ALEC association. He also categorically denied breaking a campaign promise to not accept contributions from developers, stating that his pledge was not to accept campaign funds from developers with land use cases in the Hunter Mill District, and he maintains that he has been true to that pledge.

Reston-based nonprofit Cornerstones hosted the quintet of candidates on May 13, this time focused on affordable housing – or the lack, thereof – in the community.

The Connection offered all five candidates the opportunity to submit their response to identical questionnaires. 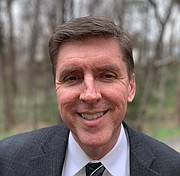 Walter Alcorn has lived in Vienna and Reston since 1995. He was awarded the 2011 Fairfax County Citizen of the Year by the Fairfax County Federation of Citizens Associations for his work on the Planning Commission where he served from 1997 - 2012. On the Planning Commission he established the first requirement that all new residential development offset its impact on public facilities, created the first requirement that new high-rise development include affordable housing, developed the first County policy to maximize pervious surfaces, and brought citizens into the re-planning of Tysons Corner from which emerged a consensus plan that received the 2012 Burnham Award from the American Planning Association. More recently he led a volunteer effort with citizens, developers and housing advocates to create a blueprint for reforming Fairfax County’s land use policies to get more affordable housing.

In addition to County volunteer activities Walter has an environmental career that spans the public and private sectors, and now serves as VP of Environmental Affairs and Industry Sustainability for the Consumer Technology Association. 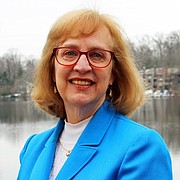 Native of: Cleveland, Ohio. Grew up in Atlanta, Ga.

Moved to your district:

“I want to protect the district from uncontrolled development. As a parent and child advocate, I will ensure that our school system and mental health systems are top notch. I want to increase affordable housing in all parts of the county. And I will take action to reduce our carbon footprint and fight climate change.”

What do you see as the top issues in your district and what solutions do you propose?

Environmental issues - Fairfax County should take the lead in addressing environmental issues through a public private partnership, engaging our wealth of technology companies and others – Google, Amazon, INOVA Hospital, Mars, Hilton, WMATA – to find innovative solutions. We must move forward with a community-wide energy and climate action plan. Replacing our streetlights with efficient LED lighting is a good start that must be followed by bold action, including a focus on our transportation system.

Education. Fund universal pre-K. Pay raises for teachers and staff, while class sizes are reduced. When we have more than 800 trailer classrooms in Fairfax County, saying that our school system is “fully funded” rings hollow. I will work with the school board to ensure that we provide a world-class education to our children and future leaders.”

“I am the only candidate in this race who has the breadth of experience in our district, who does not take a dime from corporations or developers – no matter where they have projects, who has advocacy skills to speak up for our residents, and who is beholden to no one but the citizens of Hunter Mill District. This is the leadership we need, now and for the future of Hunter Mill.” 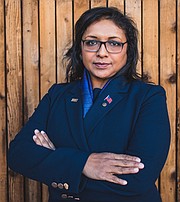 Native of: I was born in Rachni, India and grew up in Seattle, Wash.

“Hunter Mill deserves a leader who will guide us into 2020 with the vision, integrity, and compassion to bring innovation to our community - a leader that reflects the great diversity of thought and culture across our region. That leader is me.

I have led a life of service around the world, across this great nation, and right here in Fairfax County. I want Fairfax County, and specifically the Hunter Mill District, to be the leader of a progressive vision of community … We need new leadership that reflects the desires and diversity of the community. As a grassroots community organizer, I understand the benefit of building a community from the ground up. I understand the importance of engaging voters in decisions that will affect their lives.”

Top 3 issues in your district and what solutions your propose?

“Climate Change - We need a multi-faceted and bold approach to addressing climate change in Fairfax County. Increase minimum LEED standard to Gold for any new construction and renovation — with an incentive for Platinum. Solar panels on schools and government buildings is a start, but we also need to encourage our businesses to do the same and reduce our overall energy use. We must also reduce traffic congestion by lowering the cost of and increasing the use of public transportation systems. Making walking and biking safer through appropriate lighting and the development of bike friendly transit zones will also reduce our energy consumption and improve the quality of life. Additionally, we can initiate several consumer-oriented changes like a single use plastics ban, an increased emphasis on waste reduction, and the introduction of front yard gardens and zero-scapes.

*I am the only veteran running for this seat. I fully understand the sacrifices that must be made in order to serve the people and I am willing to make these sacrifices.

I have a unique life experience that allows me to fully grasp the diversity of our district and advocate for our constituents’ needs.

I’m an Indian immigrant. I was born in Ranchi, India, and became a naturalized citizen in 1983. I am part of the 30.8 percent of Fairfax County that is foreign-born.

I’m the mother of a transgender non-binary child and a grandmother of a child with autism.

As an Air Force Veteran and military spouse, I have lived all over the United States and the world, giving me a diversity of experiences which I can bring to the Board of Supervisors. I have seen how local governments operate elsewhere, as well as creative ways problems were resolved, and will bring these ideas to the table.” 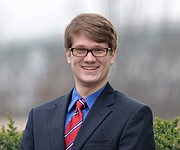 Education: Roanoke College, BA with a major in political science

Family: Engaged to my Fiancée Jennifer, we are getting married next year

“I have worked in polling and campaigning prior to my run. Most recently I worked on Carter Turner's special election race to try and flip the House of Delegates.

“I am running because I feel the voices of the average citizen in the Hunter Mill District are not being reflected in our county government. Particularly on the issue of development where we have seen large amounts of development occur that have been unwanted and deeply opposed by much of the community. This development has been pushed through despite intense opposition.”

Top 3 issues in your district?

On the key issue of development I will use the county's zoning power to block new developments in Reston that the people do not want. In Vienna I will work with the town council to see that the people of Vienna's wishes are successfully implemented as well.

The Reston Town Center was able to implement paid parking because a single developer, Boston Properties, was able to acquire all the land. I plan to negotiate a deal between them and the county to see that the paid parking program permanently end.

When it comes to education I want to see that our schools’ are fully funded  and our teachers are paid better. In addition, I want to be advocate for special needs students. As someone who is autistic myself, (Asperger's Syndrome) I know first-hand the need to promote neurodiversity and make our schools a place where all students can succeed.”

“I am the only candidate to make firm campaign promises about ending the paid parking at the Reston Town Center and I have kept it as one of my main two issues my entire campaign. Additionally, I have taken the strongest stance when it comes to pushing back against large scale development in the Hunter Mill District. I also support allowing neighborhoods that consist of single family homes to remain as is, instead of rezoning them for other purposes such a duplexes or multiple houses per lot.” 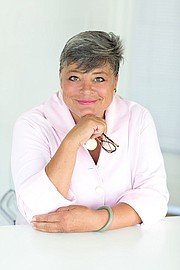 “I believe that for our government to work, each individual should take responsibility; my life's opportunities of professional work, community service, and motherhood have provided a rich palette of experiences to bring to the job of governing as Supervisor; my experiences of working with the region's governing organizations, stakeholders and staff have well prepared me to affect positive change.”

Key ways I differ from my opponents?

“I am a successful businesswoman who has learned how to do development right and how to weave the old with the new. I readily admit that change is here; we must make sure it delivers at Reston standards and with Reston's founding principle of inclusivity at its heart. I believe that our local government is strong but can be better, that we must de-Trump by being civil, acting with courtesy and understanding that words matter.