Dates and Deadlines for Election Day in Northern Virginia
Votes

Dates and Deadlines for Election Day in Northern Virginia 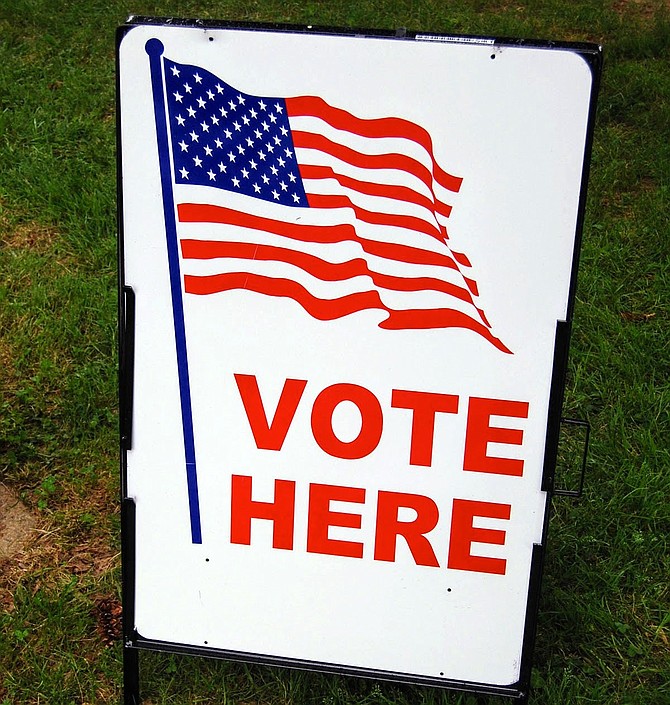 On or About Sept. 20: Absentee Voting begins at the Office of Elections, 12000 Government Center Pkwy., Conference Rooms 2/3, Fairfax. Archive photo

When you register to vote in Virginia, you do not register to vote by party. Virginia is an Open Primary state which means that any registered voter in Virginia can vote in either a Democratic or Republican primary. When both parties are holding a primary election, you will be asked which primary you want to vote in when you check in to vote with your photo ID. Note, you may only vote in one primary.

Per Virginia law effective July 1, 2014, all residents must provide valid photo identification when they vote in-person. Please consult the VA Department of Elections for the most up to date information regarding acceptable forms of voter photo ID.

If you get to your polling place without acceptable photo ID, you can vote a provisional ballot. You will be given instructions on what to do so your vote can count.

OFFICES ON THE BALLOT, Fairfax County

Member Virginia Senate, vote for one in your district

Member House of Delegates, vote for one in your district

Commonwealth's Attorney, vote for one

Sheriff, vote for one

Chairman Board of Supervisors, vote for one

Member School Board at Large

Member Board of Supervisors. vote for one in your district

Member School Board. vote for one in your district

This is the text of the public school bond question that will be on the Nov. 5, 2019, general election ballot:

Shall Fairfax County, Virginia, contract a debt, borrow money, and issue capital improvement bonds in the maximum aggregate principal amount of $360,000,000 for the purposes of providing funds, in addition to funds from school bonds previously authorized, to finance, including reimbursement to the County for temporary financing for, the costs of school improvements, including acquiring, building, expanding and renovating properties, including new sites, new buildings or additions, renovations and improvements to existing buildings, and furnishing and equipment, for the Fairfax County public school system?

Chairman, Board of Supervisors

Board of Supervisors, District Representatives

School Board At-Large (vote for three)

Cheryl A. Buford (endorsed by Republicans)

Christopher A. Bowen (endorsed by Republicans)

Monica A. Billger (endorsed by Democrats)