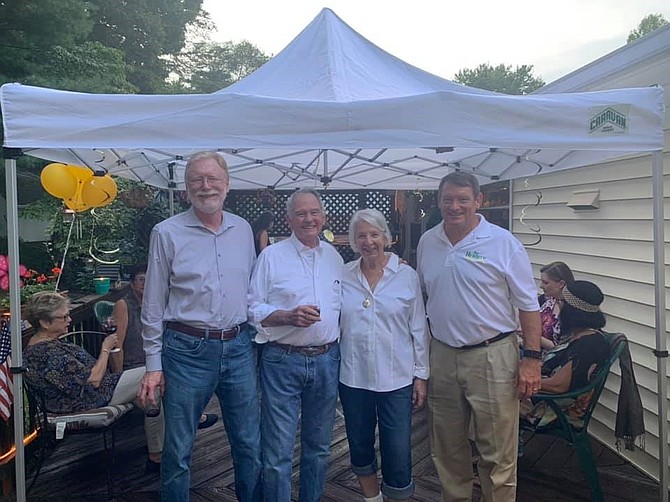 Supervisor Pat Herrity (R-Springfield) joined the residents of Hadlow Drive in Springfield this past Saturday for the 50th anniversary of their monthly potluck dinner. It is this tight-knit neighborhood's strong tradition. At the event, Herrity celebrated the 50-year anniversary, listened to the community members about local topics that are important to them, and gave an update regarding new developments around the county. Herrity's mom used to have a similar tradition called "Dinner on the Deck" with members of her neighborhood.