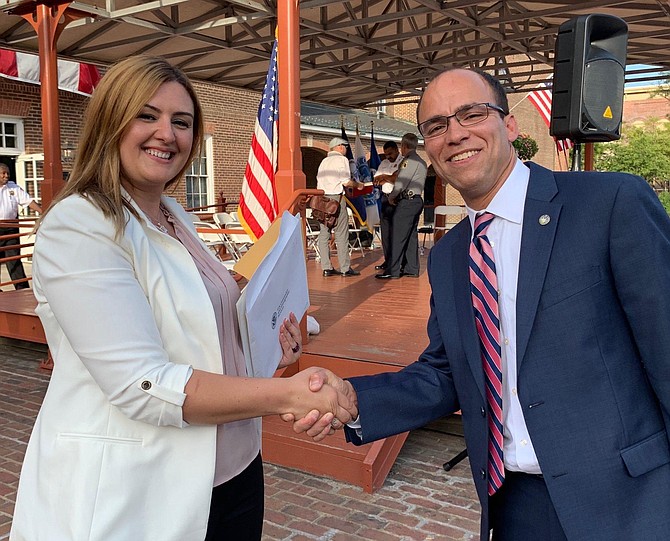 Coming from nations from around the world, attendees stand before the Alexandria Joint Public Safety Honor Guard as the National Anthem opens the Citizenship Day ceremony Sept. 10 in Market Square. More than 45 individuals took the oath to become naturalized U.S. citizens. 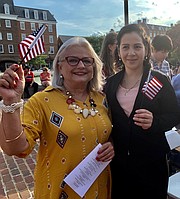 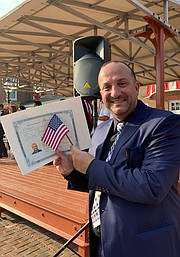 Sharam Marandar celebrates after taking the Oath of Allegiance to become a U.S. citizen Sept. 10 in market Square. 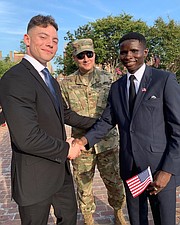 From Kosovo to Kenya, and Australia to El Salvador, more than 45 individuals from countries from across the globe took the Oath of Allegiance Sept. 10 as part of the Citizenship Day ceremony in Market Square.

“This is the best feeling ever,” said Sharam Marandar after becoming a naturalized U.S. citizen. “I am so very proud.”

The City event recognizes “Constitution Day and Citizenship Day,” which commemorates the adoption of the U.S. Constitution on Sept. 17, 1787. On this day, individuals and organizations are encouraged to discuss the privileges and responsibilities of citizenship in the United States and honor both native-born and naturalized citizens.

To become a naturalized citizen, an individual must meet federal requirements, including a period of continuous residence and physical presence in the United States; ability to read, write and speak English; knowledge and understanding of United States history and government; good moral character; and attachment to constitutional principles.

At the oath ceremony, candidates swore allegiance to the United States before being presented with their naturalization certificate. The certificate allows an individual to apply for a U.S. passport and vote in national, state and local elections.