Herndon No Longer Torn Between Its Past and Future
Votes

Herndon No Longer Torn Between Its Past and Future 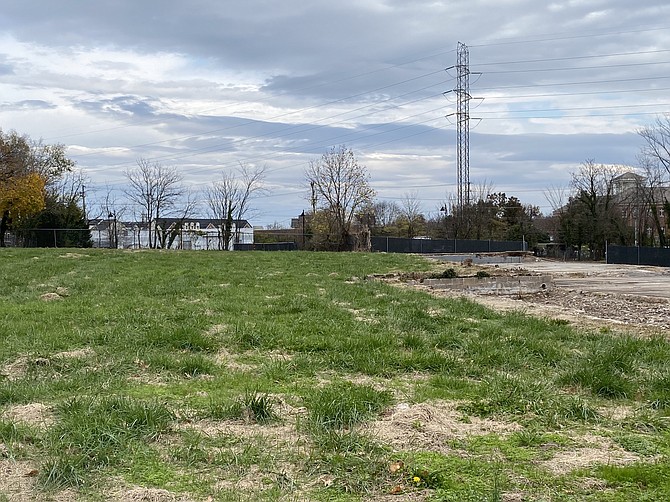 A partial view of the 4.675-acre property currently owned by the Town of Herndon pending its Dec. 2020 sale to Comstock Herndon Venture LC to construct the long-awaited, mixed-use Downtown Redevelopment Project. Photo by Mercia Hobson. 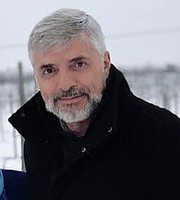 Tim Bonnet, Town of Herndon resident, provided public comment on Nov. 17 during the Town Council Public Hearing on Comprehensive Agreement between the Town of Herndon and Comstock Herndon Venture, LC.

A part of the Herndon Downtown Redevelopment Series.

The Herndon Town Council approved multiple resolutions and ordinances at its Town Council Public Session on Nov. 17, 2020 but none more significant than the resolution that would reflect the Town's character for the next century, balancing old and new. Resolution 20-G-55 read: "an amendment to the Comprehensive Agreement dated November 1, 2017, between the Town of Herndon and Comstock Herndon Venture, LC, to establish the closing date and closing conditions for both parties, establish commencement of construction and outside satisfaction dates, and provide licenses for the operation of public facilities in the interim."

Before Council approved the resolution to amend its comprehensive agreement with Comstock Herndon Venture, it opened the floor for public comment. Council held the meeting virtually due to the COVID-19 pandemic.

"We need change to bring Herndon to the next level of differentiation and the Comstock design does that," said Town resident Tim Bonnet. "We want a much more vibrant downtown. One that caters to the arts, lots of outdoor living space, walkability, business opportunity, better parking and a town where people just want to be out."

TOWN MANAGER Bill Ashton said this was not the first time a town council considered redevelopment in the downtown. Records indicated other councils considered at least four proposed projects related to the downtown core from the late 1980s through 2008.

"There's so much work that's gone into this and I'm getting a little emotional. I can't believe we are at this point. It's been such a long time coming," said Mayor Lisa C. Merkel. The Council stood poised to vote on the last hurdle before the town could legally convey the 4.675-acre property of town-owned land to Comstock Herndon Venture LC for redevelopment into a mixed-use project with 273 apartments and approximately 17,000 square feet of retail space, a now reduced 16,265-square feet Arts Center and a 726-space parking garage.

Ashton said, among other things, the amendment would solve some problems town staff, Council, and Comstock had been working on since 2019, such as the labor and commodity cost increases. Ashton said, "We also determined that one of the elements of the comprehensive plan was sorely missing. There was no sunset date in the agreement." According to Ashton, he and the town attorney, Lesa Yeatts, sat down with Comstock's representatives to see how they could amend the agreement and jump-start it.

Yeatts provided a thumbnail of the amendment. Among other elements, it established the closing date on or before Dec. 15, 2020, by which the Town and Comstock must close on Comstock's purchase of the 4.675-acre property. It moved certain conditions initially anticipated to be accomplished before closing to subsequent. The amendment adjusted the outside satisfaction date by which Comstock must have the project under construction to Dec. 31, 2021 and extended certain Comstock's rights to pause commencement of construction up to 24 months.

The amendment also increased the Parent Guaranty of Comstock Herndon Venture LC from $5M to $10M if Comstock Herndon Venture LC defaulted. "This is a key component of the amendment and gives the town much more safety than it had previously," said Yeatts. The amendment provided for ArtSpace's continued use on what would be Comstock-owned land and the Town to continue to park the Public Shared Parking program out of the current lot behind the Herndon Commerce Center.

FOR COMSTOCK, the amendment offered, among other things, that Herndon would approve a rebate of real estate taxes from the Town of Herndon beginning from Comstock's acquisition of the property and ending ten years from the commencement of construction. Other economic development incentives would approve a waiver of fifty percent of water and sewer availability fees and building permit fees, totaling a reported reduction of $2,350,000.

Yeatts said, "Finally and most importantly, the amendment provides priority recordation of a parking easement on the site for a minimum of 162 spaces. What this means is the parking easement will be recorded in front of the deed of trust for the property that comes up now will own for 162 parking spaces to the Town.”

Ashton said looking at the investment return for the Town going back to the original $10M on land, the $3.6M in cash and fee reduction of $2.3 M, 'the Town is putting in roughly $16M in investment. "As for the project's investment return, public parking was at $9.5M, art center shell $2.2M, public improvements at $3.5M, temporary parking, Art Center, and environment at $1.3M. The estimated return on this $16M investment is roughly $16.6M that we hope to achieve (over ten years)”.

During discussion by Council, Town Councilmember Jennifer Baker said, "We all recognize there are certain things we could tweak. I'm not sure how this is going to work out and I like what Councilmember del Aguila said, 'It's a bit of a leap of faith...We can't wait for something perfect. I feel really confident that we are voting on something that really is going to be good… for the Town today and 50 years from now."

Mayor Lisa Merkel spoke last before calling the question on the resolution. She said,"I think this is a great moment for the Town. I know there are a few people who are still concerned about the development and is it going to be too big and are we going to look like other places. I don't think we are. I think that we have just the right project for the right time." Council approved the resolution as presented in a vote 7-0.