Artifacts Tell the Nation’s Story at the New Army Museum 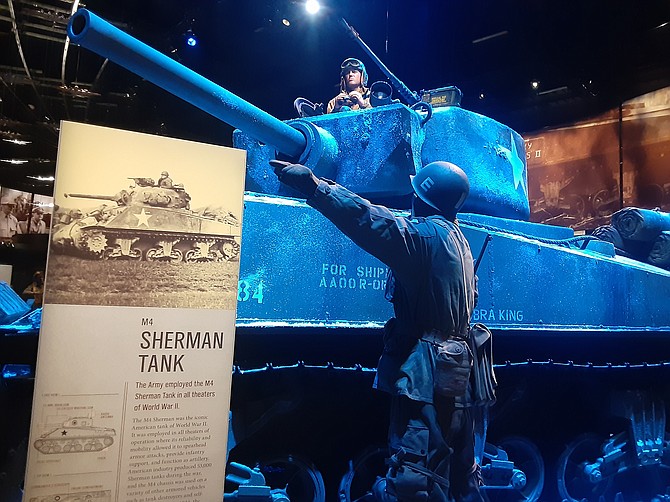 Tanks, guns and life-like dioramas are just part of the US Army museum on Fort Belvoir.

In 1861, when the Civil War was just starting, Capt. Josiah Sawell was attacked by a pro-secession mob while passing through Baltimore with the 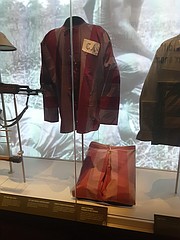 A POW outfit worn in the Vietnam War.

Pro-secession mobs in the northern city of Baltimore? It’s just one of the historical nuggets to uncover in a tour of the new National Museum of the United States Army, which opened on Veterans Day.

The pistol Sawell used to fight off the mob is on display along with other guns, tanks, uniforms and recorded first-hand accounts of fighting in the many wars that this country fought since being formed nearly 250 years ago. The U.S. Army started as a militia, fighting the British for independence and continues to defend the nation.

This museum is on Fort Belvoir land off the Fairfax County Parkway, right across from the Davidson Airfield.

Once inside the front doors, visitors find themselves in a chronological corridor, with the Revolutionary War off to the left, the Civil War, World War I and II, and Korea and Vietnam in the cold war area. Then there is a section called the “changing world,” off to the right.

That’s where Andy Sampson and his brother Lucas Ilaug were looking at the current uniforms and materials.

Ilaug was a medic in the First Armored Division at Fort Bliss, Texas. “What they’re showing here is pretty accurate,” he said, pointing to a medic kit behind glass in the Iraq War area.

In each exhibit there are guns, ammunition, bombs, cannons, mortars and vehicles pertaining to the time. There are dioramas as well, such as the intricately painted soldiers in the snow dragging captured British cannons across the Hudson River.

Fast forward 175 years, and authentically outfitted soldiers are climbing over the side of transport ships in Normandy. Audio tells the story.

In Vietnam, for example, Mary Powers describes a harrowing story of flying into a combat zone at night to pick up wounded soldiers from a jungle landing zone. “I could see tracer rounds from the firefight around me,” she said.

In another glass case were the striped pajamas that Staff Sgt. Jon R. Cavaiani wore as a prisoner of war in Vietnam, 1971-1973.

One thing you won’t see at the museum is the 1960s anti-war movement that was associated with the Vietnam War.

In the Iraq War section, the newsreel of the twin towers of the World Trade Center collapsing on Sept. 11, 2001 in New York City provides the backdrop to a Desert Storm diorama.

On the second floor, there’s an exhibit called the “Art of Soldering,” full of art produced on the front lines.

Outside in the lobby, there’s a gift shop full of Army sweatshirts, coffee cups and more.

The security at the front door is similar to the airport security. Attendees must have reservations through the website. See https://www.thenmusa.org/ for free timed tickets and more information.