Rustic Roads in the Area Get An Update
Votes

Rustic Roads in the Area Get An Update 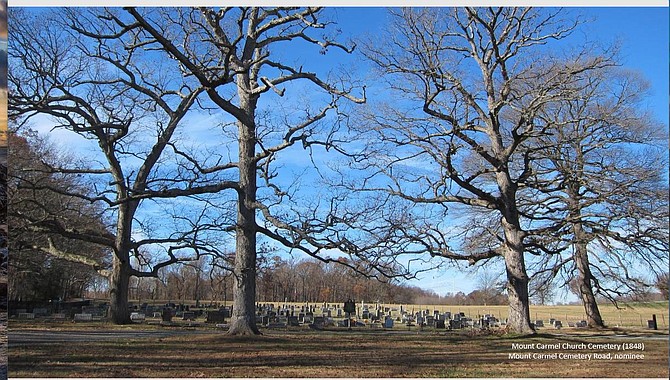 Carmel Church cemetary road is a contestant for Rustic Roads.

Montgomery County has a program called “Rustic Roads,” to highlight a lesser known asset in the county which comes in the form of country

Farms are big on the Rustic Roads program.

roads that wind through the countryside to the small towns that dot the Maryland countryside. Officials are looking to expand the number of roads in the program to preserve historic and picturesque nature of this asset, so officials are nominating a new set of roads to be included in the program.

There are 99 roads that qualify as rustic. At a recent meeting in January, there were 20 more roads nominated for the program, and several were along or crossing the C&O Canal, while others had a link to farmhouses, bridges, farms and horse trails. Criteria that was used includes historic value, outstanding vistas, natural features and travel characteristics. For example, Hoyles Mill Road was named for a saw and grist mill of John Hoyle’s in 1865, while the owners of a 1910 pony truss bridge over Dry Seneca Creek wanted to keep it as a one-lane bridge.

“The Rustic Roads Program was initiated in the 1980s in response to residents seeking to preserve the character of their unique roads. They also wished to retain their quality of life by keeping the roads narrow and the cars traveling slowly,” said Leslie Saville, Community Planner at the Montgomery County Planning Department.

roads that have been nominated for inclusion in the Rustic Roads Program, and to provide the necessary descriptions for several roads that are currently in the Program. In response, the Planning Board and County Council added this Master Plan Update to the Planning Department’s Master Plan and Major Projects Schedule.

In January, the committee focused on:

Road preservation was first suggested in 1990, and in 1993, the Council approved the addition of a new section to the County Code, Chapter 49, Streets and Roads, Article 8, Rustic Roads Program, which prepared the way for designating “Rustic and Exceptional Rustic roads,” through the master plan process. The program evolved from there. According to the county, “Rustic roads are historic and scenic roadways that reflect the agricultural character and rural origins of the County,” and this provides a system for evaluating, protecting, and enhancing these scenic roadways.

The proximity of the county to the Potomac River and the C&O Canal opens the door to recreational opportunities too. “In addition to the historic and scenic roads themselves, they lead to historic lockhouses, aqueducts, mills and quarries—and to recreational resources including the towpath for hiking and biking, and to several ramps for boaters,” Saville said. “The rustic roads have a lot of fans and supporters in Potomac,” she added.