Opinion: Commentary: We Both Deserve $15. Why Don’t Our Virginia Senators Think So?
Votes

Opinion: Commentary: We Both Deserve $15. Why Don’t Our Virginia Senators Think So?

By Nick Riviere and Tony Hedgepeth 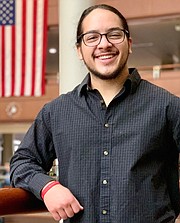 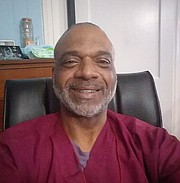 Like millions of Virginians, we work hard. As home care providers, we work every day to help older adults and people with disabilities live independently at home and in the community. By keeping people out of costly nursing homes and institutions, we save taxpayers money and deliver quality care.

We do the same work but in different parts of Virginia – Fairfax County and City of Richmond – and have different backgrounds. One of us is a 21-year-old assisting young adults with developmental disabilities and one of us is a 61-year-old Army veteran helping his fellow vets who suffer from PTSD.

However, we both love what we do. It’s a blessing to be able to help others live with dignity.

We both deserve to make at least $15 per hour and live with dignity ourselves.

Earlier this month, the Virginia House of Delegates passed a bill to raise the minimum wage to $15 for all workers by 2025. They recognized that working families are falling behind no matter how hard we work, and that we need to build an economy that works for everyone.

The Senate, however, passed a bill which would create different minimum wages in different regions, even for workers who do the exact same jobs like us. Their bill also forces workers to wait even longer to get a raise.

Delaying the minimum wage increase for 14 years, and paying different wages for the same work, is not only unfair; it’s unacceptable.

Every person who works hard and plays by the rules in Virginia deserves equal respect. We deserve living wages, paid sick days, affordable health care, a secure retirement, and the right to join together in a union.

While the cost of living varies in different parts of Virginia, we all feel the same pain when we struggle to pay rent, buy groceries and pay utilities. Housing costs are skyrocketing in both Richmond and Northern Virginia. Health care costs, food costs and transportation costs are all increasing. We need a statewide $15 minimum wage to ensure that no one gets left behind.

We elected Democratic majorities to the House and Senate because they promised to deliver a brighter future for working Virginians. It’s time that our Senators delivered on that promise.