Pets: Finding a Home in Reston 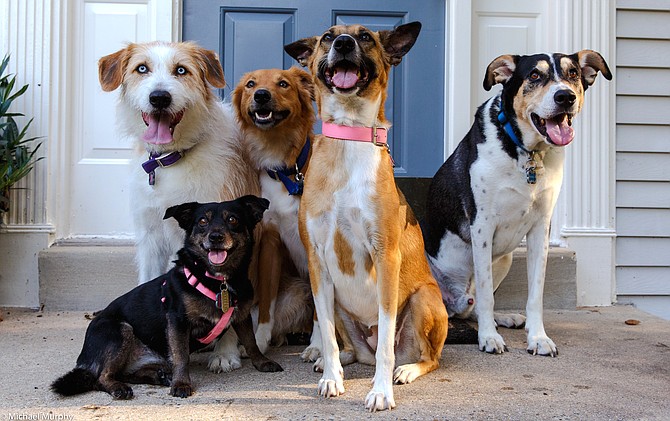 Michael and Kimberly Murphy moved to Reston in 2015 because they needed space for their "canine family" of five dogs. While serving overseas with the State Department in countries with significant street dog populations, the Murphys fostered many dogs and ultimately adopted five of them. They found Reston to be the perfect place to live with their dogs, and they enjoy walking their dogs along the tree-lined streets and wooded paths around their neighborhood.