Ready for Success in 2020 in Virginia
Votes

Ready for Success in 2020 in Virginia 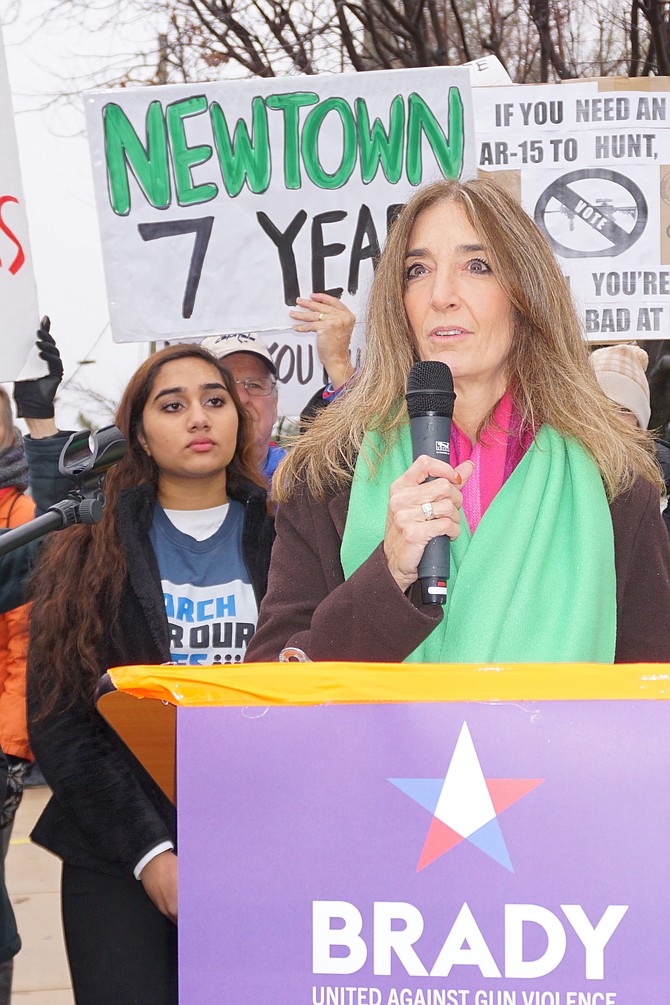 Speaker of the Virginia House Del. Eileen Filler-Corn (D-41) reminds more than 100 activists how far they have come in their fight against gun violence Dec. 14 along the sidewalk of the National Rifle Association in Fairfax. Standing behind her is the next generation of gun violence prevention activists: Oakton High School senior Elizabeth Paul, 17, director of diversity and inclusion for the March for Our Lives Virginia chapter. Photo by Karen Higa/The Connection

Speakers included U.S. Rep. Gerald “Gerry” E. Connolly ( D-11) and Del. Eileen Filler-Corn (D-41), who makes Commonwealth history as the first woman and Jewish politician selected to lead the Virginia General Assembly House of Delegates. Also she is the first Speaker from Fairfax County, according to a list maintained by the Virginia House of Delegates Clerk’s Office.

Participants also paused for reflection late Saturday morning as each name of the slain 20 school children and six educators was called aloud, followed by the gentle strike of a bowl-shaped remembrance bell.

Since Dec. 14, 2012, Connecticut has passed laws that require universal background checks on firearm sales, online reports say. The state also has banned numerous types of assault weapons and has limited gun magazines to 10 rounds each.

In Virginia, voters on Election Day gave majority control of both chambers of the General Assembly to the Democratic Party. Lawmakers plan to pass gun violence prevention legislation in the 2020 regular session, which starts next month.

For years, the proposed firearm safety measures didn’t reach the floor of the Virginia House of Delegates because they were killed without a recorded vote in a sub-committee controlled by Republican Party representatives — according to GVP watchdogs and lawmakers, who have spent years introducing these bills. On the senate side, GVP bills were rejected in the Courts of Justice Committee.

“A month ago, they were condemning sanctuary cities,” U.S. Rep. Gerald “Gerry” E. Connolly ( D-11th District) pointed out Saturday and remarked gun rights advocates have perverted what the Second Amendment means. Elected officials and GVP activists are not stirred by the confusion, and remain focused on preventing future deaths from gun violence.

“You all spoke loudly Nov. 5,” Filler-Corn told the crowd of people standing in the cold, pouring rain. “You made a difference,” she added and told activists their state lawmakers will pass gun violence prevention legislation in 2020.