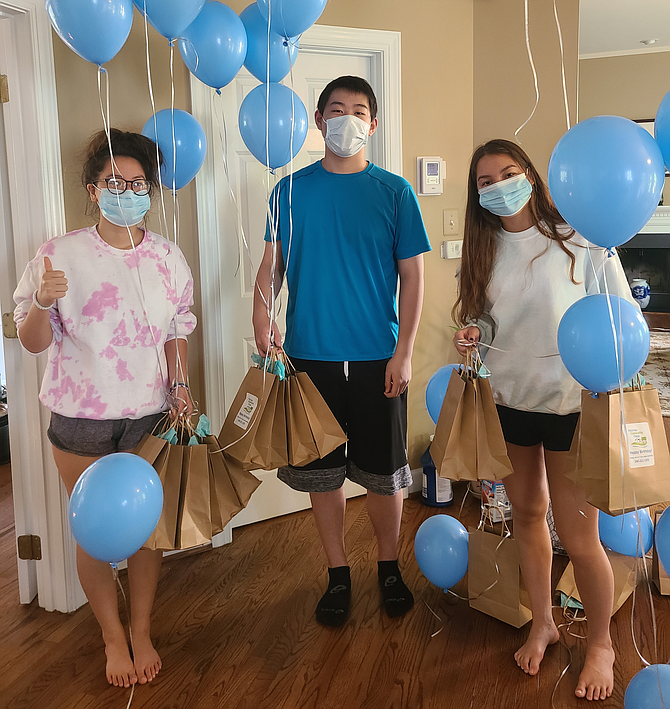 Though it was a virtual gathering by Zoom, certain birthday party protocols were followed. The party began with guests singing Happy Birthday, and cookies and balloons were delivered to milestone-birthday folks – members celebrating 75, 80, 85 and up in 2020 — by PCV’s teen volunteers Elisa and Stephanie Zoltick and Austen Chen.

Honorees were encouraged to share memories of their childhood. It turned out it was the simple things like playing Pin the Tail on the Donkey at parties that left the longest-lasting memories. Also noted were memories showing how life has changed. One woman remembered wearing long cotton stockings for warmth because girls could not wear pants to school. Another woman, being left handed, was taught to write right handed. There was also the habit of playing ball in the street with a player occasionally being hit by a car.

One member remembered the name of each of his elementary school teachers in Lincoln, Nebraska, all but one of which was Miss so and so, and the other, a Mrs., was a widow. In those days, at least in Lincoln, women teachers could not be married.

Among the approximately 50 people who attended, 21 were special celebrants including six who will be at least 90 in 2020. One member is 98.

Many people contributed to make the celebration a success. Member Sheila Moldover organized the party, PCV members baked cookies and assembled the treat bags. PCV Student Board member Grace Chen organized the delivery of the bags and balloons by a crew of teen volunteers and recruited the musicians.

“PCV is looking forward to next year’s celebration with the hope that it will be face to face,” Mel Rumerman, PVC Communications Director, wrote.