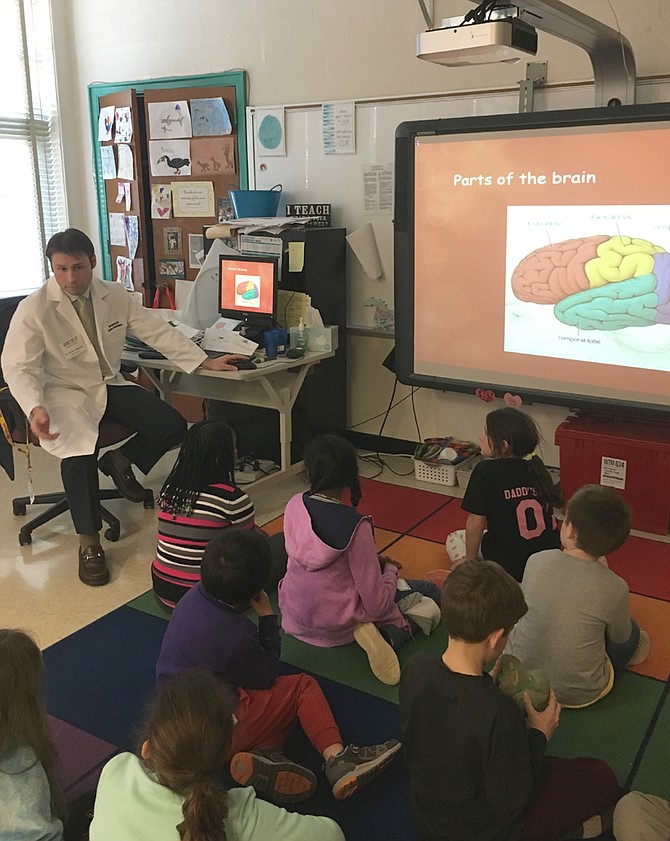 Students at Potomac Elementary School learned about the functions of the brain from Dr. Dimitri Sigounas, a brain surgeon and father of a PES kindergartener. Photo by Peggy McEwan 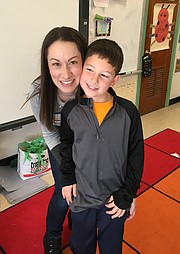 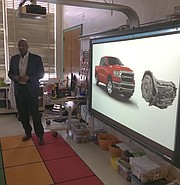 Guru Bandekar showed slides of the different projects he has worked on in his career as an engineer, during Career Day at Potomac Elementary School. This is a picture of a truck and its transmission.

Students had choices from attorney and author to veterinarian and video game designer and many more to hear from as they switched from presentation to presentation during the morning, for third through fifth graders, and afternoon, for kindergarten through second graders.

“It was hard to choose, there are a bunch of good jobs to choose from,” Max, a fourth grader, said.

Max knows he wants to be a professional football head coach when he grows up, but he found some other interesting careers to think about.

Police defense analyst, video game designer and the military IT service are the jobs he selected to learn about.

Fifth grader Nola elected to hear the video game designer too but also selected hearing about the work of a writer and a “U.S. military person,” she said.

Her favorite was learning how video games are designed.

But when she grows up, she said wants to be an artist.

Knowing what she would like to do in the future did not take away from her interest in Career Day.

“I think it’s a good idea to help students learn that they have more than a few career choices,” she said.

“It’s a good way for children to think of a path [to the future]’” he said.

It wasn’t just the students who enjoyed the day.

“I loved it,” said Jairo Irreno, owner of Irreno Construction. “They are so cute, and they had good questions. The second graders, they knew their math.”

Irreno was dressed for his job, including safety vest and hard hat, and shared information with the kids about ways to stay safe on the job, that they can use at home and play.

As a group of second graders left the room to make way for another group to come in, they thanked Irreno and said his talk was a very good one.

So it went, students going from room to room, listening to doctors, scientists, writers, a mortgage securities professional, a cheer coach, security specialist, hospitality administrator, IT manager, a special agent, hospital administrator, procurement officer, veterinarian, jeweler and a Cyber Security specialist. Did I mention a chocolatier – with samples – and a reporter?

Twenty-eight presenters and 444 students shared visions of the future.