Herndon and Purcellville Police Departments say goodbye to the man with a big heart. 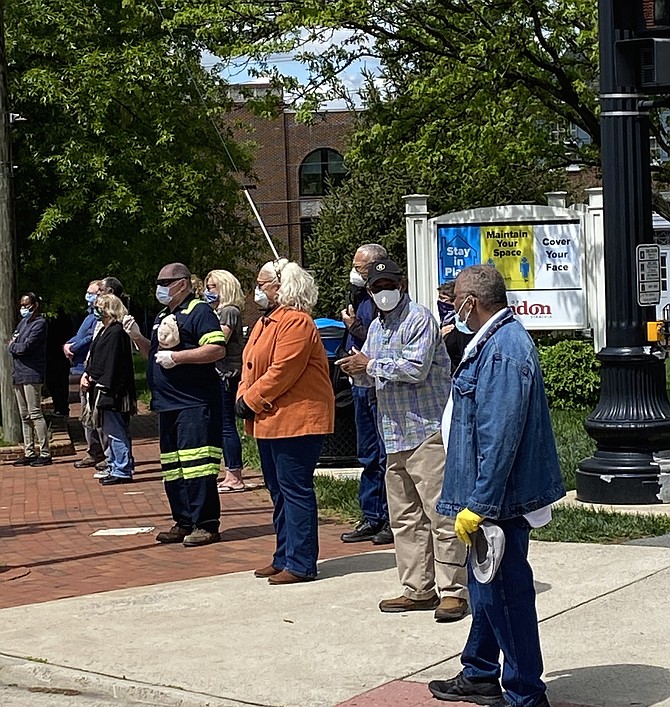 Individuals socially distance and say goodbye to their law enforcement hero, Darryl "Smitty" Smith, Sr. who served as Police Chief for the Town of Purcellville from 2006 to 2015 after retiring as Captain from the Herndon Police Department in 2004. Photo by Mercia Hobson. 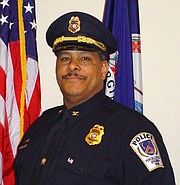 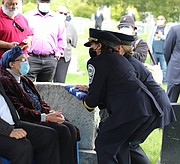 To the Town of Herndon, he was Captain Darryl "Smitty" Smith, Sr., Herndon Police Department. To the Town of Purcellville, he was Chief Darryl "Smitty" Smith, Sr., Purcellville Police Department. In both towns, Smith left a legacy of community and youth engagement programs. "He will be forever remembered for his huge heart, compassionate nature, and sincere commitment to improving the lives of our youth in Town," said Herndon Police Chief Maggie DeBoard. He was the man with a big heart, big soul and love of fishing. Darryl C. Smith, Sr. died Sunday, April 26, at the age of 70.

Smith started his law enforcement career with Herndon Police Department when at age 22 in 1973, he was the first African American officer hired by the Town. Smith went on to make history in Herndon again in May of 2004, elected as the first African American to the Town Council. He served as Vice Mayor from July 1, 2004-June 30, 2006. Smith retired as Captain from the Herndon Police Department in 2004 after 31 years of dedicated service.

According to The Connection Newspaper story, "Smitty Retires," dated September 30, 2004: "At the reception, Smith thanked his family for their support…but also his aunts, uncles, siblings, his mother and late father...You can't do anything without good people helping you," said Smith on the verge of tears. Smith's philosophy, that the support of good people can help you succeed, was repeated at his ceremony by every person who took to the podium to speak about his involvement in the community."

In 2006, Smith was sworn in as Police Chief for the Town of Purcellville. For nine years, he served the community, retiring on April 1, 2015. As Police Chief in Purcellville, the 2007 Virginia Municipal League recognized Smith with an achievement award for youth engagement, and in 2009 his department received the Webber Seavey Award from the International Association of Chiefs of Police (IACP) for his youth engagement programs. "Chief Smith was well respected...The incredible work he did in regards to community engagement will be his legacy. He made a difference for so many of our youth," said Purcellville Chief of Police Cynthia McAlister.