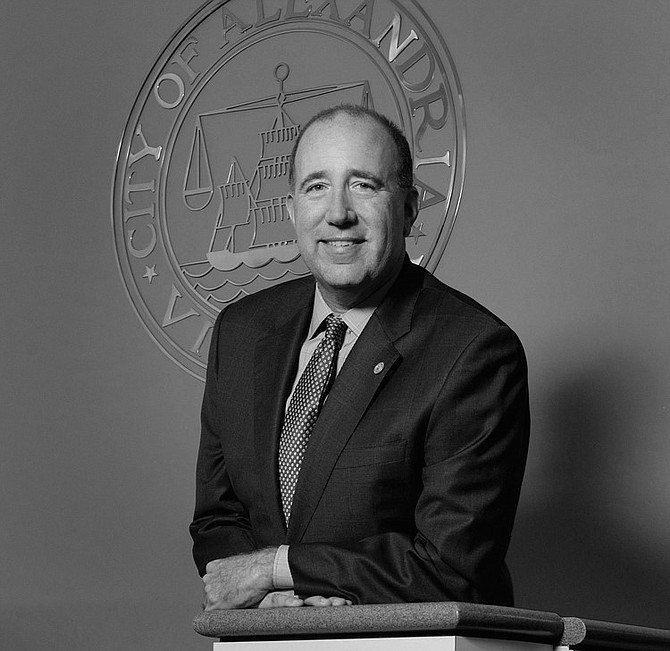 Frank Fannon IV is a Living Legend of Alexandria for 2020. Photo by Steven Halperson/Tisara Photography

From his volunteer position at Agenda: Alexandria, long-time resident and chairman Frank Fannon stays on top of issues that matter to the residents of the city without directly taking sides. It is that attitude of Fannon’s that has kept him involved and contributing to the City of Alexandria through the years.

“I have always been proud of Alexandria and was very fortunate to be born in such a great community,” Fannon said. “I was raised to be civic minded and to always contribute and give back to our fellow citizens.”

Since the 1990s, Fannon has been involved on several fronts for the City of Alexandria so he has seen what works and what doesn’t. The Agenda: Alexandria organization takes pride in being a “non-partisan organization which encourages informed debate and discussion on a wide variety of local issues without taking a position,” as stated on the website. Fannon said they don’t solicit input from elected officials so meetings remain non-partisan, which works in a diverse city like Alexandria. “It’s a great forum for citizens that want to get involved,” he said.

One recent Agenda:Alexandria meeting featured the Virginia Tech Innovation Campus, which will be located in Potomac Yard near the airport. At the meeting, Tech representatives and homeowners discussed the future of that area in relation to the arrival of Amazon’s HQ2 in nearby Arlington. “Channel 7 news was there that night,” Fannon said.

Fannon also volunteers on the Friendship Firehouse board and the Affordable Housing Advisory Committee. On the Firehouse board, the Friendship Veterans Fire Engine Association assists in the preservation of the historic fire house on Alfred Street; supports the Alexandria Fire Department; and provides scholarships and other benevolent and philanthropic services to the Alexandria Community. Fannon’s volunteer experience and city familiarity is valuable in a position like that.

With all that under his belt, Fannon also works full time at SunTrust mortgage, a position he has held for the past 25 years. Fannon started the job at SunTrust in the early 1990s following his graduation from Elon College with a degree in corporate communications. “I was lucky to find a good career,” he said. Real estate is in his blood, dating back to his ancestors in Ireland that were not allowed to own property, he said.

A resident of the Rosemont area, Fannon remains involved with the Alexandria Sportsman’s Club, the Old Dominion Boat Club, the Fraternal Order of Eagles, Volunteer Alexandria, the Alexandria Library board, and The United Way board of the National Capital Region. In 2009, he was elected to the Alexandria City Council and served until 2012. In addition, he served as chairman of the annual fundraising drive and dinner for the Boys and Girls Club of Alexandria.

Fannon is a fourth-generation Alexandrian and his great-grandfather, T.J. Fannon, started T.J. Fannon and Sons in 1885 with a $500 loan from a local businessman named Frank Harper (Fannon’s namesake). The business began as a coal and lumber depot. After 135 years, it is the oldest 100-percent family owned businesses in Greater Washington, specializing in home heating and air conditioning. The family business is now run by Fannon’s cousins. His uncle, also named T.J., was the third-generation owner of the business and was named a Living Legend in 2008. Fannon was also the third member of the Fannon family to be elected to the Alexandria City Council.

In 2009, Fannon created “Alexandrians Have Heart,” an annual food and clothing drive which takes place over Valentine’s Day weekend. This year’s 11th anniversary drive payed off big. “This past month we filled three truckloads of food and clothing for Christ House, Alive Food Bank and Carpenters Shelter along with $2,400 in cash donations,” Fannon said.

Florence King was a Living Legend in 2018 and knows the work that Fannon has done for the city. Most of it is on a volunteer basis, so this makes him stand out, King thinks. “He does it as a community service,” she said. The “Alexandrians Have Heart,” food and clothing drive “wouldn’t be here if it wasn’t for Frank Fannon,” she said. “He has compassion.”

The Commonwealth Republican Women’s Club also worked with Fannon on that drive and the club was happy to support the effort for their fellow city residents.

“The Commonwealth Republican Women’s Club loves to support Frank Fannon,” said CRWC president Linda App. “He was one of the last Republicans to serve on City Council and he is a shining example of Republicans caring about every member of our community.”

In the coming months, Fannon will have baseball to look forward to because he is now the new majority owner of the Alexandria Aces Collegiate Summer Baseball Team, an affiliate of Major League Baseball and a member of the Cal Ripken League. Recently, Major League Baseball has strengthened their relations with minor league teams in general and Fannon thought it would be a good time to get involved.

The Fannon family has been a part of Alexandria sports for decades and as a 10-year-old Fannon remembers taking the city bus in the 1970s to see the minor league Alexandria Dukes play their games on the same field where the Aces now play.

“I’m a big sports person,” Fannon said. “And on summer nights the baseball games will be a great gathering place.”