Opinion: Letter to the Editor: Vandalism As ‘Dialogue’ in McLean
Votes

Opinion: Letter to the Editor: Vandalism As ‘Dialogue’ in McLean 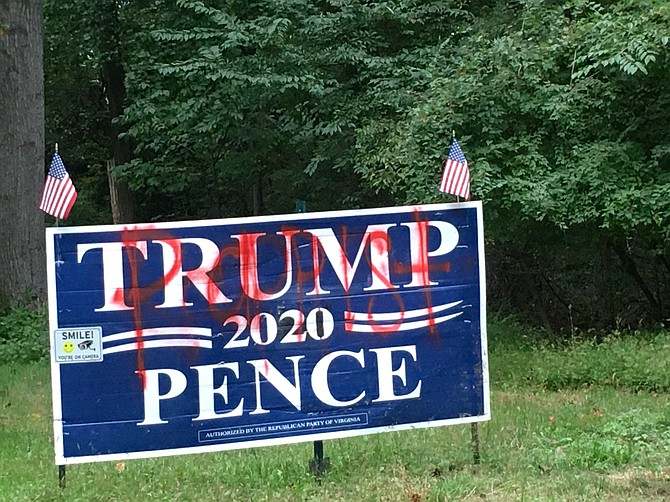 Unfortunately, in McLean, this is what passes for "dialogue." It seems that among many Democrats and the left wing media, prayer is at the altar of dialogue. Actually their purported calls for dialogue really mean they talk and we listen. Two recent incidents of vandalizing Trump signs on Lewinsville Road illustrate well what seems to be replicated on a national level.

I get it that the left lives in an echo chamber - they are convinced that only they are right and everyone else's opinions are wrong. Here in McLean, they seem to feel that their being right gives them license to trespass and destroy. Many media outlets reinforce this notion that their views are the correct ones - after all, "political correctness" has entered the national vocabulary as a well understood term.

Is there any correction available? Moving on to a larger arena or topic, if the left - who are often well-educated people are so intolerant, why can't they take some action to check themselves? Alcoholics often avoid bars. Why does the left not hire ombudsman for their media outlets so that opposing views can be heard on a regular basis?