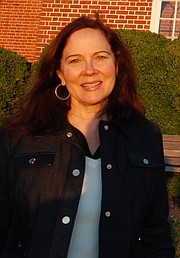 Mary Moran died Oct. 1 of pancreatic cancer. She was 65. 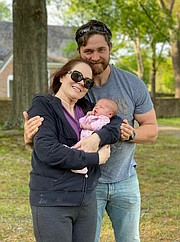 Mary Moran, a longtime Alexandria resident who relocated in recent years to Leonardtown, Md., died Oct. 1 following a brief battle with pancreatic cancer. She was 65.

“Mom was an absolutely remarkable woman,” said Patrick Moran. “It was difficult for her to reconcile her diagnosis. It happened so damn fast -- we are still trying to figure out this new normal.”

Moran was diagnosed with cancer in March but continued working until her retirement in June as a Contracting Officer with the General Services Administration.

“Even after her initial diagnosis, she kept working and taking her classes at the University of Maryland,” said Patrick Moran. “Mom always had an intense desire to learn and develop new skills. She was working on a PhD in communications and studying African American history. She made such an effort to live.”

Mary Margellen Howard Moran was born May 4, 1955, in North Hollywood, Calif., to the late John Wayne "Jack" Howard and Gloria Ruth Parker Koehler. She was living in San Francisco prior to relocating to Alexandria in 1978.

Moran began her professional career with A.G. Edwards in Alexandria while earning a bachelor’s degree and double master’s degree from the University of Maryland.

She was an avid gardener and had a passion for history and genealogy, serving as Regent and Treasurer of the Major William Thomas Chapter of the Daughters of the American Revolution.

“Mom was most passionate about genealogy,” Patrick Moran said. “She had an intense commitment and love for the connections she gained through genealogy. She loved digging in deep into the occupation and travels of the lives she uncovered. Every time she made a new discovery there was this childlike excitement – like she had discovered an old friend.”

Moran had descendants in the Mayflower colonists, patriots of the American Revolution and Union Army Civil War Veterans and was a member of many Historical Societies.

“Amidst everything, mom still kept up her nonstop efforts to make plans,” said Patrick Moran. “She was constantly thinking of ways to make things better, find avenues to explore. She was extremely healthy and had every belief she would live to 120. She had so many things to do -- when that was taken from her it was heartbreaking.”

Moran was married twice, including a second marriage to former Virginia Congressman Jim Moran. She was a mother of three and shared the last seven years with her partner Michael Hallett.

“Mom had a strong faith,” Patrick Moran said. “Her house was always full of Proverbs that served to remind her – and now us – of that faith, which gave her enormous peace even as the cancer started to win and left her with a short amount of time.”

A memorial service was held Oct. 9 at Brinsfield Funeral Home in Leonardtown with interment at Charles Memorial Gardens. Donations in Moran’s memory can be made to the Chesapeake Bay Foundation Oyster Project at https://www.cbf.org/.

“My mother was a true force of nature and unbelievable fighter,” Patrick Moran added. “Her strength, her desire to always learn, her strong moral compass – she put so much effort into making magical memories for her family. I am so proud to call her ‘Mom.’”