Cars in a neighborhood off Sherwood Hall Lane were possible arsons. 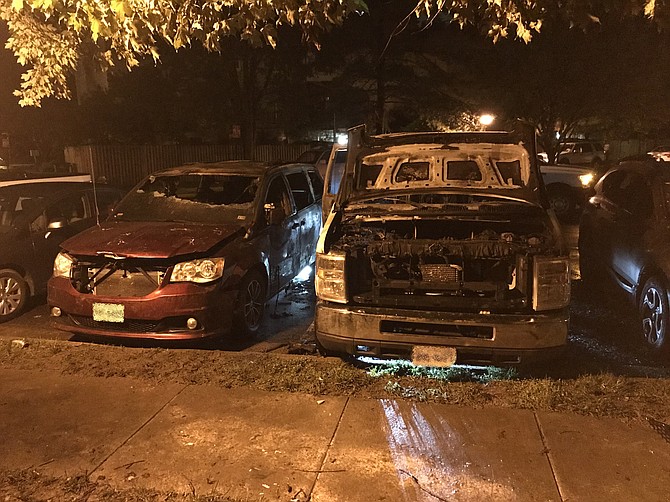 The residents of Mount Woodley Manor woke early Tuesday morning, Sept. 1 to the sounds of emergency vehicles putting out a fire that damaged

Residents in a Mount Vernon neighborhood woke to car fires and fire trucks.

several vehicles in the parking lot. It was the second car fire in the Mount Vernon District within the last few weeks. The cause of the fire is suspicious in nature, but neither the police nor the fire department gave any details. One resident noted that it could have spread to other vehicles or houses had the area not been saturated with rain that the area has experienced this summer.