The Fight for Paid Leave
Votes

The Fight for Paid Leave 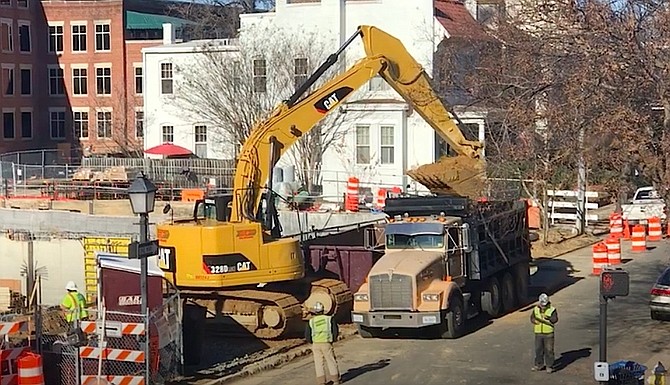 Many construction workers don’t get paid sick days, and their employers are not required to offer paid quarantine leave if they get sick from COVID-19. Gazette File Photo

Baseline support for a paid sick day policy in Virginia 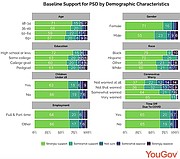 The fight for paid sick days is on hold for now, and advocates have moved to a fallback position for the special session of the Virginia General Assembly: quarantine leave. Lawmakers are now considering a bill that will require employers to offer two weeks of paid leave for people employees suffering from COVID-19, workers who have children suffering from the virus and people forced into isolation because they have been exposed. Democrats are divided on how many employees a business should have to be subjected to the requirement. The House of Delegates is considering a bill that would carve out an exemption for businesses that have 25 employees or more, letting about 90 percent of businesses off the hook.

“Many of these workers are in front-line jobs preparing our food and sanitizing buildings with no benefits,” said Del. Elizabeth Guzman (D-31). "These are the heroes who have kept our country running, and they should not have to lose their paycheck if they get COVID-19.”

In the weeks leading up to the special session, several advocacy groups pushing for paid sick days formed a new coalition, Virginians for Paid Sick Days. Last week, the coalition released a poll conducted by YouGov showing eight out of ten Virginians support requiring employers to offer paid sick days. The poll shows that 72 percent of Republicans support paid sick days. Support was strongest among African Americans and people with a high school education or less.

“This poll clearly shows that people in Virginia want a policy on paid sick days,” said Kim Bobo, executive director of the Virginia Interfaith Center for Public Policy. "It’s not just that they support the concept. They want a policy, and they want our legislators to enact the policy.”

WHEN LAWMAKERS ASSEMBLED in Richmond at the beginning of this year, advocates for paid sick days were hopeful that the New Democratic majorities in the House and Senate would be willing to make requirements of employers in Virginia. But business groups came out of the woodwork wanting exemptions. Lobbyists for airlines persuaded state Sen. Barbara Favola (D-31) to carve out an exemption for airport workers. And then Gov. Ralph Northam suggested an exemption for businesses with fewer than 25 employees, eliminating about 90 percent of businesses from the requirement.

“We need to grow into these programs. I mean we’ve never done this before,” said Del. Mark Sickles (D-43), who worked with the governor’s office to amend his bill on the issue back in January. "It’s a major step forward, and I’m certainly open to more employers being required to do this than is in my bill. I put it in as a favor to the governor, and we’re going to work it out.”

They didn’t work it out. On the last day of the General Assembly session in March, days before the coronavirus shut down the Virginia economy, members of the state Senate quietly killed the bill without taking a vote on it. Senate Democrats were worried about the possible cost to the state budget of paying for paid sick days for Virginia’s part-time workers. The exact dollar amount of that burden was undetermined, although one estimate had it around $5 million. Sen. Chap Petersen (D-34) suggested that his part-time workers at his law office in Fairfax City shouldn’t be paid to take a sick child to the doctor’s office.

“They can use the eight hours they’re working for me to run that errand as opposed to the 160 hours they have of their own free time?” he asked on the Senate floor moments before senators killed the bill without voting on it.

“Many of these workers are in front-line jobs preparing our food and sanitizing buildings with no benefits. These are the heroes who have kept our country running, and they should not have to lose their paycheck if they get COVID-19.”

AFTER THE PANDEMIC tanked the economy and lawmakers were forced into a special session to slash more than $2 billion out of the budget, Favola returned to the issue again. When lawmakers returned to Richmond last month, she prepared a bill that would apply to employees who work 20 hours a week or more. Because state employees already have paid sick days for full-time workers, this had the benefit of making no financial burden on the budget. It essentially made the same requirement of the private sector that Virginia was already making on itself — and it was subsetted to the duration of the pandemic.

“I can’t tell you exactly the number of businesses that would be affected by this," said Favola. "But I can say that this is a very reasonable bill, which most businesses are going to want to live by anyway. I just think that in the middle of a public health emergency, this is something we should do.”

Even though Favola fixed the problem that tanked her bill back in March, Senate Democrats were still unwilling to move forward with the proposal. Business groups raised alarms about how much this new mandate would cost at a time when they’re struggling to make ends meet during an economic crisis. That resonated with some of the more conservative Senate Democrats on the Commerce and Labor Committee, including Senate Majority Leader Dick Saslaw, Sen. George Barker (D-39) and Sen. Dave Marsden (D-37).

For example, Democrats on the House Appropriations Committee added provisions exempting businesses that have fewer than 50 employers. That would mean 96 percent of businesses in Virginia would not be required to offer paid quarantine leave, potentially setting a precedent the business community would expect next year during the debate on paid sick days. On the House floor, the exemption was amended so that businesses that have 25 employees or fewer would not have to meet the requirement, a change that still leaves a loophole for 90 percent of Virginia businesses.

“Employers who are least likely to provide paid sick time for people are small businesses,” said Bobo. “So we’ve exempted the people who probably need this bill the most."

Democrats on the House Appropriations Committee also added a provision exempting workers who don’t receive benefits like health insurance or a retirement plan. That would mean that restaurants would not be required to offer paid quarantine leave to workers who don’t have health insurance, setting a precedent that could damage the coming debate on paid sick days and undermining the current effort on making sure vulnerable workers have access to quarantine leave.

“Most of the people who don’t have paid sick days are the ones you particularly worry about in a pandemic, restaurant workers or home health care workers,” said Jared Leopold, communications consultant for Freedom Virginia. "These are the kind of people who tend not to have benefits. So you’re exempting a really large class of people really important for covering.”