Four changes will be implemented later this year. 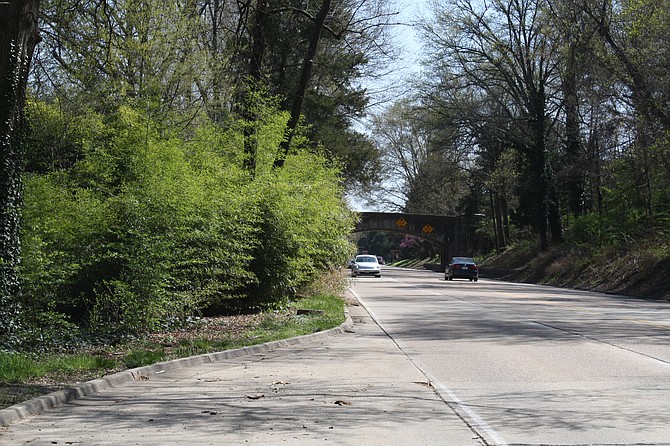 The National Park Service has some plans to increase the safety on the GW Parkway. Photo by Mike Salmon. 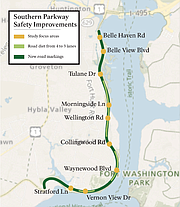 This Park Service map shows the areas of concentration with their plan.

portion between Old Town and the Mount Vernon Plantation. After evaluating a safety study that was done last year, the National Park Service has identified nine “key intersections,” where they will implement several safety solutions over the next few years through education, enforcement and engineering.

“The changes are intended to make the parkway safer for drivers, pedestrians and bicyclists while maintaining the parkway’s historic character,” the NPS said.

More specifically, the NPS will:

The NPS came up with this list of improvements after there were a series of accidents on the parkway, and then meetings with the surrounding communities on what would be needed to change driver behavior. According to their models, these changes will not impact the capacity of the road, but the NPS will monitor the situation.

“We are being responsive to comments from the public and the expert advice of transportation professionals,” Superintendent Charles Cuvelier said. “Whether you are a park visitor or commuter, these changes will make driving, walking and bicycling between Alexandria and Mount Vernon safer and more enjoyable for everyone.”

Surovell looked at the success of the road diets on King Street and Seminary Road in Alexandria, and on the George Washington Parkway, the left turns pose a danger in a number of places so the steps the NPS is taking may be an answer. “There's no question we need to do something,” he said.

“Traffic volume and higher speeds on the Parkway have been a longstanding concern,” added Beyer. “I commend the work of the National Park Service for the report’s thoroughness and am pleased to see the commitment to immediately implement safety improvements like restriping pavement and enhancing signage. I look forward to working with the community to evaluate and, where practicable, implement the study’s recommendations and to secure Federal funding that supports further safety improvements.”

The parkway serves an estimated 25,000 vehicles a day in the southern portion, and it is listed on the National Register of Historic Places, which was a factor in considering any park changes so they are “context sensitive,” the NPS said.

Parkway users will see the initial improvements later this year.