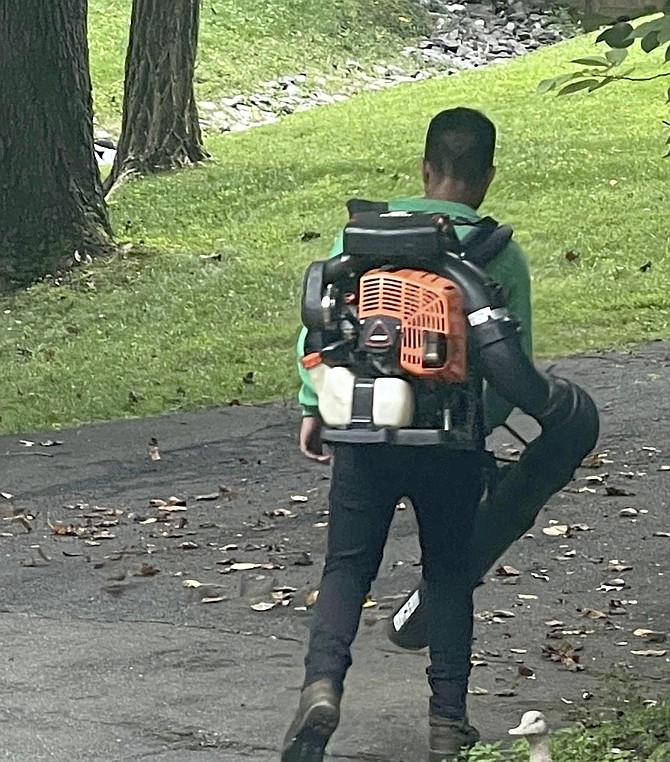 Gas-powered lawn mowers, edgers, and leaf blowers crisscrossing the lawns in Arlington are generating dissent. The increasingly common sound of several forceful blowers and mowers at once has encroached on the peace and quiet of Arlington neighborhoods and instigated a petition to change the laws about when and whether gas-powered equipment should be used.

Signers of a petition started by neighbors in Arlington recently say gas blowers begin too early in the morning and last pretty much all day; they blow away the native habitat for helpful wildlife; and they pollute the air. Others voiced the opinion that noise was not too high a price to pay for employing a vast army of lawn teams who are “just trying to make an honest living.”

Across the U.S., hundreds of cities and counties have passed laws restricting or banning the use of leaf blowers, according to https://hdsupplysolutions.com/. “Some places have limits on what time of day leaf blowers can be used, while others have specifically forbid gasoline-powered units. Even though different areas have different regulations, the various laws aim to improve noise and air pollution.”

In 2000, the California Environmental Protection Agency published a report that listed the health hazards of gas leaf blowers, among them putting particulate matter into the air. These particles are inhalable and get inside people’s airways and remain on airway surfaces. Some of the particulate matter can penetrate deep into the lungs. The blowers also emit carbon monoxide, a gas that binds to the hemoglobin protein in red blood cells and can prevent the cell from loading oxygen and CO2.

The unburned fuel that leaks in the air, either through evaporation or due to incomplete combustion in the engine is also toxic, possibly carcinogenic, and irritates skin, eyes, and the respiratory tract. The study by the California team said landscape workers operating a leaf blower are exposed to ten times more ultra-fine particles than someone standing next to a busy road.

All gas-powered tools are important sources of smog-forming compounds, the California report says. They predicted that eventually the gas blowing machines would exceed the smog generation of cars in the state, and this year, for the first time, leaf blowers, weed whackers, lawn mowers and other devices with small off-road engines are expected to produce more smog-forming emissions than passenger cars.

Cars have improved in their emissions standards; garden equipment has not.

A petition to ban gas-powered lawn equipment is also circulating in Montgomery County, Md., which already has limits on maximum noise and times of day.

Then there is the social piece: some older Arlington parents are asking what happened to the idea of mowing and raking one’s own lawn? Several noted they still mow the lawn — in their 60s and 70s — to stay fit and because they consider it a satisfying experience. The sound of a simple home mower late on a Saturday afternoon has a much different decibel level. Rakes are silent.

The younger generation doesn’t seem to feel that way. One Arlington parent found it hard to convince her son to mow the lawn: “Why?” he asked. “No one else mows their own lawn. Just hire a service.” That hasn’t stopped a number of local teens from offering to mow lawns this summer for pocket money, but many of their would-be customers already employ a service.

There are lawn services who will rake and cut instead of depending on damaging gas-powered machines. But if putting gas leaf blowers on hold, at least part of the day, appeals to some residents, see: https://www.change.org/p/residents-of-arlington-county-regulate-leaf-blower-noise-in-arlington-county/