Opinion: Commentary: “My Journey to Becoming a Law”
Votes

Opinion: Commentary: “My Journey to Becoming a Law” 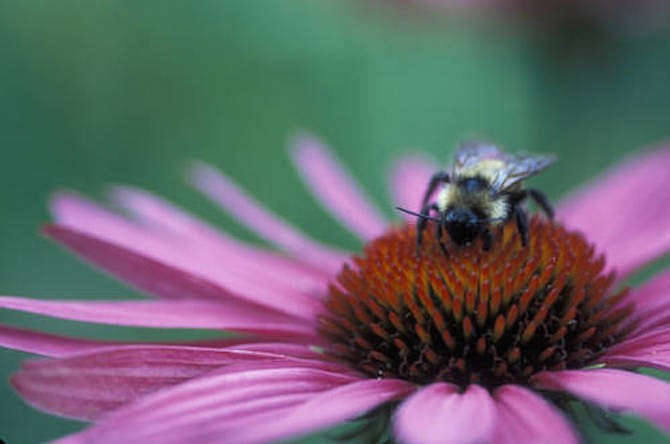 “The poor bees would barely be protected at all.”

Today’s the day! Today’s the second to last step before I become a law. I may have said this yesterday as well, but today really is the day.

Hello, my name is House Bill 2030, and I started as a bill to regulate the outside use of neonicotinoid pesticides — chemicals that are harmful or potentially harmful to pollinating insects. It has been an incredibly exciting, albeit short, life for me. I was dreamed up a few months ago, when suburban beekeepers in Fairfax County asked my patron, Delegate Paul Krizek, for help protecting their hives. It is not uncommon for suburban beekeepers to have a hive die off when someone nearby uses a neonicotinoid pesticide outside in a nearby garden. He and his staff worked very hard, talking to experts, researching the issues, and finding allies, to make me the absolute best version of myself to prepare for the arduous passage through the General Assembly. Delegate Krizek met with so many people about me; from beekeepers across the state, the Virginia Department of Agriculture and Consumer Services (VDACS), to pesticide companies, wineries, farmers, lawn care professionals, the Virginia Association of Counties, the Treated Wood Council, Scott’s (which stopped including neonics in 2016 for outside use), environmentalists, to people who work in the forestry service, and so many others.

After I was first introduced by the Delegate, I went straight to the House Agriculture, Chesapeake and Natural Resources subcommittee early one morning, where delegates, lobbyists, stakeholders and the general public came to talk about me! They discussed the benefits and drawbacks of my passage into law. Delegate Krizek and his colleagues listened to the people who presented their cases, including the beekeeper from the Mount Vernon estate and the delegate’s beekeeper constituent who asked for me in the first place.

Indeed, I was amended once more, and started to look like a completely different bill than when I started my journey. No longer was I a ban on the pesticide, but I was a notification bill that would require beekeepers to be notified when spraying would be taking place nearby. After that, I went to the full Agriculture committee where I was voted upon with 19 for and just 3 against. Things were looking up for me! Then, it was on to the House floor where delegates from both parties decided that I would make the lives of Virginians (and Virginia’s pollinators) better if I was made into a law. But, that’s only the first half of my tenuous journey to becoming a law.

After passing the House, I went to the Senate committee on Agriculture. I underwent a further transformation there. I was previously a bill to be incorporated into the Virginia code, but the senators believed I should be amended to become a limited effect “Section 1” bill, which would not add me to the code. I was so disappointed. The poor bees would barely be protected at all.

From there, I went to the Senate floor, where I was “passed by for the day” on multiple days. It was looking grim indeed. But today the Senate rejected my committee substitute on the floor, and decided to accept a floor substitute that turns me into a study bill to improve communication between beekeepers and applicators to further reduce the risk to pollinators from neonicotinoid pesticides. After the Senate accepted my newest substitute, they all voted to pass me and send me on my merry way.

What happens next? I will go back to the House, where delegates will vote on the newly amended me. The patron, Delegate Krizek, can either ask the House to reject the Senate substitutes or accept them. If they are rejected by the House, I will be sent to a conference committee with a few legislators from both the House and Senate to decide on my best version. If I have survived this long, I’m sure I’ll be able to meet Governor Northam soon and do my best to protect our pollinators.