This Year in Montgomery County, Keep Your Eye On….
Votes

This Year in Montgomery County, Keep Your Eye On…. 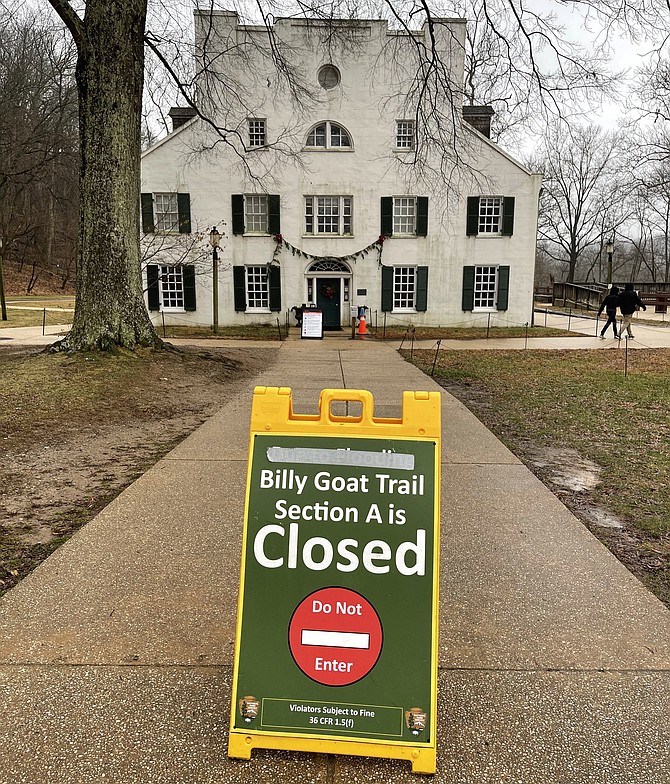 The Chesapeake and Ohio Canal National HIstorical Park celebrates its 50th anniversary on Jan. 8, 2021. The Park will be celebrating this milestone throughout the year with partners and the C&O Canal community, with pandemic precautions changing many of the plans for celebration. See https://www.canaltrust.org/about-us/50th-anniversary/

Will the Agricultural Reserve be preserved in perpetuity, as intended, or will County Council press forward in 2021 to permit industrial solar power on agricultural land in its effort to combat climate change?

The Council has a goal of eliminating greenhouse gas emissions by 100 percent by 2035.

But despite its lofty goal, Montgomery County Council is in danger of opening the Agricultural Reserve to industrial solar use. The 1980 Council permanently set aside the 93,000 acres of land specifically for agricultural use, a land use initiative praised across the United States.

Council postponed a vote on the zoning text amendment in November to create a working group. Council hoped that advocates on both sides of the debate would reach some consensus during discussions.

But the group, which met more than 10 hours during the holiday season, didn’t leave one farmer feeling festive.

“I’m not the one leaving the workgroup with a warm fuzzy feeling. I appreciate each and everyone of you all that has participated in it. I’ve learned a lot from all of you. But my frustration level is huge. What the hell is the hurry? Why is this County Council on such an accelerated track to approve alternative energy in a zone that has been 50 years in the making? It is imperative to get it right,” said Randy Stabler.

The Council is scheduled to hold a committee meeting on Jan. 14, and has voiced intent to vote on the amendment by the end of January.

• Clean Energy or Farmland? Or Both? in Montgomery County: Solar Could Supplant Agricultural Reserve

More than 140 people testified during a series of virtual and live meetings this summer on the State Highway Administration’s 19,000-page Draft Environmental Impact Statement that accompanies Gov. Larry Hogan’s $11 billion-plus private-public partnership plan to add four toll lanes from the American Legion Bridge, around the Beltway to Prince George's County, and up 270 to Frederick.

About 127 voiced opposition to the plan, recommending the “no-build” option. Approximately 15 people spoke in support of the plan.

Joint House Environment and Transportation Committee Chair Kumar Barve, Del. Marc Korman, and Del. Jared Solomon plus representatives from the Maryland National Capital Park and Planning Commission, CABE, Sierra Club and others to hear the latest on the outlook for legislation and action on the $11 billion I-495/I-270 toll lane proposal and MDOT's efforts to accelerate the project.

Black people are disproportionately affected, accounting for 36.6 percent of cases, despite being just 20.1 percent of the county’s population.

Montgomery County Department of Health and Human Services received the first round of vaccine doses, which are to be earmarked for County health staff engaged in managing the pandemic response, according to county press releases.

Montgomery County is following the priority designations outlined by Gov. Larry Hogan and that all Maryland counties will follow:

1B: Essential workers and residents over the age of 75

1C: Individuals over the age of 65

The second priority group includes people in critical, essential infrastructure roles as well as those people at moderately higher risk of severe illness.

Neighbors came to agreement with Spectrum Retirement Company to build a retirement community on River Road at the Potomac Petals and Plants site, formerly known as Behnke’s.

Montgomery County’s Office of Zoning and Administrative Hearings is scheduled to hear the proposal on Jan. 15, 2021.

“We have been looking on the east coast and in this area for several years and Potomac continuously rose to the top of our list,” said Mike Longfellow, with Spectrum Retirement Communities, a company based in Denver, Colo.

Neighbors voiced traffic and safety concerns, and originally objected to the plans for a three-story, 152,655 square foot building. “This project could be among the very top of conditional uses in size and bulk,” said David Brown, land use attorney who represents neighbors and West Montgomery County Citizens Association.

But after negotiations with Spectrum, neighbors agreed to revisions to turn the facility to two-stories instead of three, and for enhanced landscaping and screening.

“In order to support the neighbors’ extensive efforts to reach an agreement on the revised plan, [West Montgomery County Citizens Association] agreed to withdraw its opposition as well,” said Susanne Lee, of West Montgomery.

High school principals in Montgomery County unanimously support police officers in public high schools; other people point to the disproportionate treatment of students of color and say the School Resource Officer program is part of the school-to-prison pipeline.

During the 2018-2019 school year, Black students were arrested 73 times and Hispanic students 55 times of the 163 student arrests that school year, compared to 32 White students, and 2 Asian students, according to MCPS data. Discipline including suspensions also disproportionately impact Black and Latinx students.

Montgomery County’s Board of Education is scheduled to discuss measures the school system can take to address the disproportionately treatment at its Board meeting on Jan. 12, 2021.

Meanwhile, Will Jawando of Montgomery County Council introduced a bill calling for the termination of the SRO program. The Council will hold a public hearing also on Jan. 12, 2021, before it begins its own deliberations on Jawando’s proposal.

Will Jawando spearheaded Bill 45-20, cosponsored by all other councilmembers, that aims to ensure greater transparency in the Montgomery County Police Department (MCPD) and to create publicly available data related to the race, ethnicity, gender and other voluntarily provided information about residents involved in policing actions. Council deliberations begin in January in a Public Safety committee meeting.

Duncan Lemp, 21, expected a no-knock search warrant to be executed against him, according to a 17-page report released last week by the Howard County State’s Attorney’s Office. Lemp was fatally shot five times by one officer of a Montgomery County SWAT Team in the early morning of March 12, 2020, in his Potomac home on St. James Road. Three bullets were recovered inside his body, and two left exit wounds in his shoulder and elbow.

Howard County exonerated the officer and cleared police, offering details of devices, including booby traps and trip wire that Lemp manufactured inside his home.

In the last 20 years, no-knock warrants have resulted in three shootings and one death, the killing of Lemp.

According to the investigation of Lemp’s killing: “The pre-raid plan indicated that the house was to be ‘dual-breached,’ meaning that two members of the raid team would conduct a ‘break and rake’ on Duncan Lemp’s first-floor bedroom window while the rest of the team entered the house by using a battering ram on the main front door. These actions were to occur simultaneously with each other. According to the team leader of this raid, he gave the order to dual-breach at 4:42 a.m.

“As the dual-breach was occurring, other members of the SWAT team were tasked with deploying “flashbangs” outside the residence to disorient the senses of the occupants of the house as to what was happening,” according to the report.

On Dec. 1, the Montgomery County Council unanimously enacted legislation which will require a racial equity and social justice impact statement for each new zoning text amendment. Councilmember Nancy Navarro was the lead sponsor of this legislation, which aims to help ensure that all County zoning decisions undergo evidence-based assessments of their potential impacts on Black and Latino residents and other communities. All other Councilmembers are cosponsors.

Every Potomac resident or advocate should join or be aware of the efforts of West Montgomery County Citizens Association, which was founded in 1947 as a forum for local issues, and is Potomac’s voice in the halls of government. Board members serve on government advisory committees and testify at public hearings before the Planning Board, County Council, and the Board of Appeals, as well as in Annapolis. When necessary, WMCCA retains Counsel in legal issues.

See www.wmcca.org and a letter from West Montgomery highlighting this month’s efforts.

What’s keeping your attention, what’s gotten you riled, what are you advocating for, volunteering to do, and passionate about? Email Ken Moore, Almanac reporter, at kmoore@connectionnewspapers.com.

Historic Ferry Shut Down: White’s Ferry has taken 600-860 vehicles across the Potomac River each day, according to the Loudoun County Department of Transportation. But a lawsuit by Loudoun’s Rockland Farm (not Rocklands Farm Winery in Montgomery County) against White’s Ferry has resulted in the ferry owners announcing that it will cease operations immediately. According to its website, “Historic White’s Ferry is the last of 100 ferries that used to operate on the Potomac River. The ferry connects Whites Ferry Road in Montgomery County, Md. with a road by the same name in Loudoun County, Va. The cars line up on what looks like a boat ramp and drive down onto the ferry. Once loaded, the ferry follows a wire cable to the other side of the Potomac.”

Temporary safety improvements to the MacArthur Boulevard bike path separate the path from the road from Brickyard Road to Old Angler’s Inn. But while the barriers have been implemented to this section, cars now stack up between Brickyard Road and the Clara Barton Parkway on weekends and sunny days.

For the first time in a decade, the Potomac River’s health grade, issued by the Potomac Conservancy, has declined to a B-. “It’s a far cry from when we graded the river an abysmal D just ten years ago, but stalled progress could signal a dangerous reversal in course for the river’s health if threats aren’t addressed,” according to the Conservancy. See www.potomacreportcard.com for ways to learn more and to get involved.