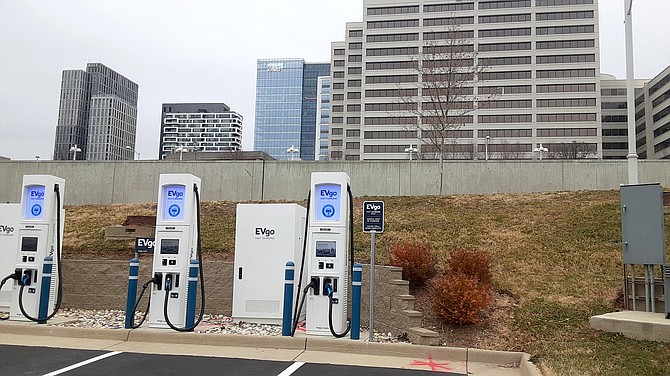 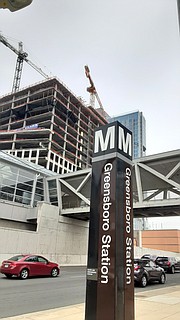 Tysons urban flair is popular in a suburban setting: Recent data found Tysons as the tenth most active U.S. suburb in apartment construction in recent years.

The Tysons Corner area has been recognized recently for their apartment availability, signaling another area where the rapidly growing suburb is becoming the place to live for the professionals in Northern Virginia.

In a RENTCafé blog, they cited the Yardi Matrix Data that found Tysons as the tenth most active U.S. suburb in apartment construction in recent years. Tysons has 2,562 new apartments in seven buildings, RENTCafé said. That is partially attributed to the pandemic, finding that the apartments in Tysons had a new-found appeal for renters because they offer an abundance of space, larger apartments and homes, and often lower rents than big cities, the blog said. These apartments may be more attractive for those that work from home, as many are doing this year. The number one spot was Frisco, Texas, a Dallas metro area suburb where several others in the top 20 were located as well.

These locations are close to a major city, but the apartments are not in the city, so that’s part of the attraction, they said. One study by Harvard University that RENTCafé referenced, said rentals are up, even though there are historically low interest rates for buyers and continued strength in many economic sectors. "For many, the economic crisis brought on by the pandemic has worsened affordability challenges," the Harvard study said. Breaking a lease may have short term difficulties but foreclosing on a house has heavier implications.

Tysons has had a lot of positive change in the last 10 years, including the addition of the Silver Line Metro stations and the toll lane options on I-495 and I-66. According to Sanziana Bona, a research analyst and a real estate writer for RENTCafé, Tysons is one of the fastest-growing cities in Fairfax County, gaining more than 7,000 residents in the last decade which she attributes to the strong local economy, the proximity to the metro area's main job hub and the relatively short commuting distance to D.C. "Not very far from the vibrant city life, Tysons has seen a significant transformation in terms of development, making it even more a fringe region, where suburbs intertwine with urban areas," she said.

It is also being called "America's Next Great City," and the glass-dominated skyline accented the transportation options, new housing and branding efforts. For one, it's now known as "Tysons," and not "Tysons Corner," although some of the road signs have not been updated.

The ”Tysons Partnership,” has helped the area’s identity by implementing the values and goals of the Comprehensive Plan for Tysons, the partnership said. The vision for the future Tysons is a place of greater density, a rich and vibrant mix of uses, more pedestrian and transit friendly, and sustainable in design and function.

On Dec. 1, the Fairfax County Board of Supervisors voted to nominate the Tysons Partnership to receive $1 million in additional economic opportunity funds.

The funds will help the nonprofit continue wayfinding, business and event promotion, and other initiatives designed to support the growth of Tysons in accordance with the Tysons Comprehensive Plan.