Questions answered, and others Arose at Lee-Mount Vernon Chamber of Commerce meeting. 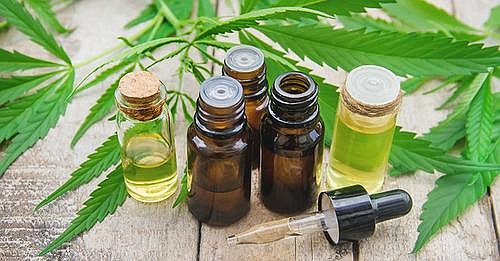 With Marijuana legalization coming soon, the Lee-Mount Vernon Chamber of Commerce looks at the rules.

Possession of one ounce or less of marijuana by a person age 21 or over becomes legal in Virginia next week, on July 1. But that doesn’t mean there will be stores selling marijuana, or pot plants on the front porch, or roadside impairment tests. There are lots of parts to the new regulation

Next week, Marijuana will be legal although there is some questions.

that are not crystal clear, and this was the topic of discussion at the Lee-Mount Vernon Chamber of Commerce monthly virtual meeting in June.

“We think Virginia, with a lot of other states, went in with eyes wide open,” said Megan Field, the policy advisor for Gov. Ralph Northam, who was in the meeting along with Jacquelyn Katuin from Homeland Security, Del. Paul Krizek (D-44), and chamber members.

The bill that comes into effect on July 1 does make it legal for people over 21 to use it and they can have up to four plants growing in the house, just not on the front porch or anywhere open to the public.

“Adults over 21 can have a bag under one ounce,” Field said. This limited version of the bill will evolve over the next two and a half years before marijuana is legal for sale for recreational use in 2024.

“We’re looking at two and a half years when sales can start,” Field said.

The state legislation ball is rolling though, and this means there will be a five-person board of directors in Richmond, with a CEO to oversee things. In addition, Krizek will be on the oversight committee of the new Cannabis Control Authority. Virginia will be limited to 400 cannabis stores statewide, as it stands now. “It will be much more like an ABC store,” Krizek said, referring to the state limited sales of hard liquor.

Krizek supports this approach so it doesn’t become a business like “big tobacco,” he said.,

If a motorist is pulled over and appears to be under the influence of marijuana, there is not breathalyzer for pot, a drug recognition expert could be called to the scene. In Virginia, there will be 80 of these drug recognition experts around the state. Will they be called out at 2 a.m., and drive 30 miles to the site of the traffic stop? Another question that will have to be figured out as time goes on. Field admitted more than once that she wasn’t sure of the answer, and recommended that questions be submitted to local representatives. She did note that they expect 11-18,000 jobs to come out of the program.

There will be a 21 percent tax on cannabis, which may go up to 29 percent, and the windfall from the taxes are expected to go to pre-K programs, substance abuse treatment and public health.

In 2022 the General Assembly will readdress the bill while businesses scramble to apply, and in 2023, they’ll roll out the pot shops, but they have to be at least 1,000 feet from each other, not close to schools and local authorities will regulate. By March 2022, “the cannabis control authority will have a ton of work to do,” Field said.

One thing they will do is seal nearly 60,000 criminal records of marijuana offenses from the past.

With tobacco, there are already hookah bars, and Krizek asked if this will be a thing for the cannabis industry too. That falls under social consumption, Field said, and it’s “one complication that will have to be decided this year,” she said.

Chamber member Daniel Rinzel brought up a question about a breathalyzer, and Jacquelyn Katuin from Homeland Security admitted that it is an issue.

“This is something all of the 17 states that have marijuana legalized have grappled with,” Katuin said.

Krizek also asked about marijuana in the blood system and testing by employers. Field reminded everyone that it is still illegal on the federal level. “It’s wildly complicated,” she said.

Like other state programs, there is a website too, cannibas.virginia.gov, where it states that cannabis was legalized in Virginia to prioritize social equity, public health and public safety and to begin a three-year process to legalize cannabis and create a regulatory framework for the sale of the product. It includes some frequently asked questions and a place to sign up for updates and give feedback to the governor’s office.

To share your thoughts on marijuana legalization, including on reenactment during the 2022 Generally Assembly Session, please get in touch with your elected officials.