Ministering to the ‘Least, Lost, Lonely and Left Out’ in Mount Vernon
Votes

Ministering to the ‘Least, Lost, Lonely and Left Out’ in Mount Vernon 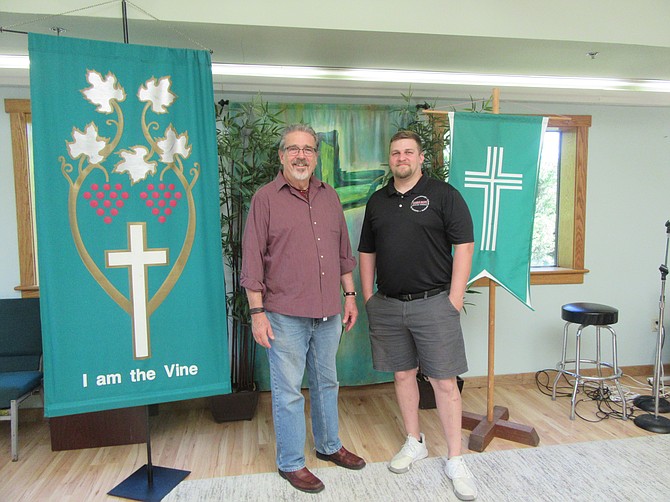 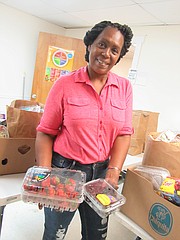 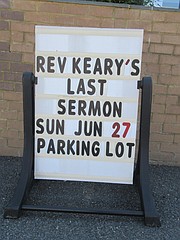 Rising Hope United Methodist Mission Church is a three-story brick building, but Rising Hope is much more than a building, explains the pastor, Rev. Keary Kincannon. It is a community where everyone is loved and everyone contributes. For 26 years in Route 1 corridor neighborhoods and at 8220 Russell Road, Kincannon has ministered to the “least, lost, lonely and left out,” he says, to people unable to support a traditional church. Keary will preach his last sermon on June 27 in the parking lot and then move to his next chapter.

“Church is a body of people,” concurs the new minister, Kameron Wilds. The two pastors avoid the term “clients.” That implies an inappropriate power dynamic, they believe. “We’re here together, caring for each other,” says Wilds.

“I call them family,” adds Kincannon.

The mission embraces a philosophy of building fellowship together. And while the church offers many services to those in need, it’s not a place to get “freebies,” says Kincannon. People also contribute, help with tasks like sorting food and emptying the trash.

“Everyone can be great because everyone can serve,” Kincannon wrote to supporters.

Among those who go to Rising Hope, 75 to 80 percent were homeless at some point, Kincannon estimates. He sees his congregants as “a rich rainbow of diversity.”

“We strive to be a faith community that reflects the reality of the Kingdom Jesus proclaimed by welcoming rich and poor alike and being racially and culturally diverse,” he explained in a newsletter.

After graduating from the former Fort Hunt High School, Kincannon had a tumultuous path through young adulthood, experimenting with drugs, and going in and out of college. He finally found his grounding in a conversion experience and ultimately earned a doctorate degree from Wesley Theological Seminary. He became a community organizer in Washington, D.C., and knew he did not want to serve in a traditional church. “I liked the community activist part,” he said recently. “I wanted more than pastoring. God has called me to serve among the poor, the homeless, the outcast. I wanted to go where my heart is.”

Since in the United Methodist Church (UMC), pastors must serve where the Bishop sends them, “like the Army,” explains Kincannon, and knowing that traditional congregations do not have the demographic he wanted to help, he agonized. Trying to reconcile his dilemma and for a year discussing his vision of a mission church with UMC’s Alexandria district superintendent, Dr. Douglas Dillard, Dillard said, with a twinkle in his eye, “Let’s start one, like a storefront church.”

With only his salary, Kincannon started ministering out of his car’s trunk. One day, when he was distributing flyers inviting people to worship together, someone enthused, “Hope is rising.” Kincannon then named the fledgling church, Rising Hope.

He went to the people, visited low-income housing complexes, McDonalds, laundromats and camps in the woods to find his congregation. He held services in borrowed rooms and the first 10 years, had seven locations. In 2005, Edwin and Helen Lynch gave Rising Hope $500,000 to buy a building. Kincannon put a Christian cross on the front, converting the building into a mission church.

Rising Hope offers an 11 a.m. Sunday worship service; short 12 noon services and lunches daily; a food pantry serving 300 to 350 families a week; spiritual counseling and other services. In the drop-in center, people can get out of the weather and have a drink, coffee and donut. The clothes closet provides free street garments, like coats, sweatpants and hats, to the homeless. In the winter, the hypothermia shelter can house 25 people in sleeping bags who bed down in the fellowship hall overnight. This past year, staffers drove people to Bethlehem Baptist Church in Gum Springs for COVID-19 vaccinations.

The mission’s $600,000 in revenue comes from grants, other churches, volunteers and donors. Only three percent of the income is contributed by the congregation. The church has ten employees and 30 to 35 volunteers a week.

After a trip to Maine in a camper trailer in July with his wife, Judy Borsher, “I will make ‘good trouble,’” Kincannon quips, invoking the late Georgia Congressman John Lewis. “It’s time to turn the mantle over to someone else,” he says, but he will continue his community activism by advocating for low-income housing in the corridor as the Embark process brings potentially extensive redevelopment to Route 1. He and Judy live in the Mount Vernon area and have a daughter, Kaitlyn, 28.

Wilds brings the same passion to Rising Hope, to serve the poor. Growing up in Virginia’s Goochland County, he saw various homeless relatives move in and out of his family’s home from time to time, so “poverty was always on the periphery of my life,” he recalls. As a religion major at Ferrum College, student ministries introduced him to a life of service. He learned that “church could be bigger than the church I went to growing up.”

Wilds received a Master of Divinity degree from Duke University Divinity School. He lives in the Lorton area with his wife, Samantha, a Stratford Landing fifth grade teacher, and their son, Alexander, 7, and daughter Ellinor, 5.

A sign on his wall inspires visitors, volunteers, pastors, staff and their mission: “Fight Poverty, not the Poor.”