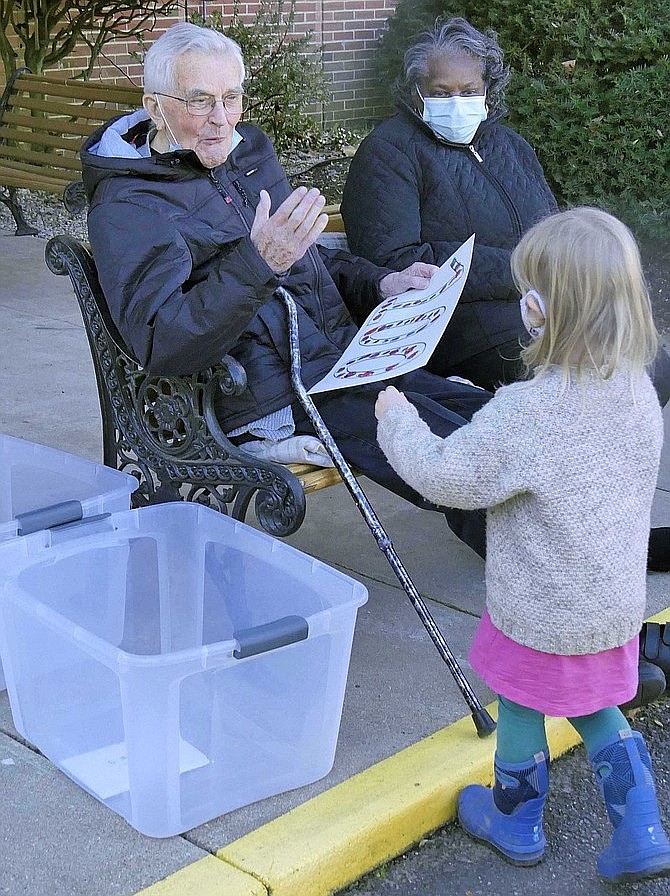 Father John celebrates his 100th birthday with a parade in November. File photo by Shirley Ruhe

Father John Van de Paer died peacefully at the Capital Caring Health Halquist Hospice Center in Arlington on Feb. 9, 2021. He had enthusiastically celebrated his 100th birthday on Nov. 29, 2020 with a parade held at Missionhurst where a caravan of former parishioners and supporters from his former parishes in Parkersburg, Philadelphia and Arlington drove by with waves, honks and banners.

Father John was born to Karel and Jeanne Van de Paer on Nov. 29, 1920 in the city of Antwerp, Belgium. As a youth in Catholic School he focused his efforts on carpentry which became a lifelong passion. In addition, he raised money for the missions with a business baking and selling waffles, a skill which he was still exercising 73 years later at Missionhurst in Arlington in their annual cookout. This entrepreneurial spirit guided his lifelong efforts to raise money to improve the lives in the community around him.

He joined the Congregation of the Immaculate Heart of Mary, a missionary order, and was ordained a priest on Jan. 27, 1947. He came to the United States and in 1948 was appointed assistant to the Pastor of St. Cyprian Parish in Cleveland, Ohio. He served this Black parish until 1952 when he was appointed to St. Charles Borromeo in South Philadelphia, also a Black parish. He embraced his new community with an open heart and a dedication to social justice. He said, “The people were my teachers.”

Father John touched all in the community with his indomitable spirit and his deep belief in building independence in his parishioners. He initiated a youth program with field trips and camping, religious retreats and a roller skating rink. Underlying his efforts was his desire to create leadership opportunities and a spirit of self reliance. He said, “I can summarize my ministry as the ministry of presence. My greatest accomplishment was being a fixture in the community. I was there.”

In 1996 Father John submitted his official resignation and went into semi-retirement in residence at Our Lady of Consolation in Parkersburg, Pennsylvania where he opened another skating rink and continued to use his carpentry skills to repair the facilities.

In September 2014, Father John retired again, this time at Missionhurst in Arlington, Virginia. His work continued to improve the grounds by building benches, repairing fences and refinishing doors. Members of his three communities came together each year to celebrate his birthdays, vocational milestones and the annual August cookout at Missionhurst where his famous waffles with whipped cream and berries were a highlight.

Funeral services were scheduled at St. Charles Borromeo in Philadelphia on Sunday, Feb. 28 with a private mass at 6 p.m. streamed live on Youtube. A mass was held on Monday in Parkersburg Pennsylvania at 11 a.m. at Our Lady of Consolation. Arrangements for a service at Missionhurst in Arlington have not yet been announced.