Survey results tabulated as part of ‘TransAction,’ plan, with biking and walking in the forefront. 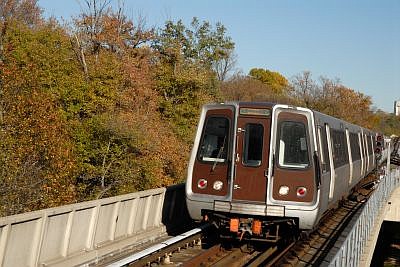 Metro use was part of the NVTA survey. 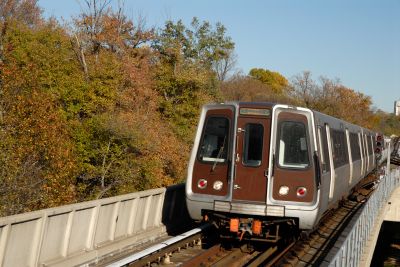 Metrorail use was part of the survey.

There were 2,318 responses to the survey divided between 2,164 responses in English, 89 in Korean and 65 in Spanish. According to NVTA. About a third of respondents anticipate changing their post-pandemic travel habits compared to pre-pandemic. Transportation priorities were considered, and transit was lower on the list of preferred routes than it had been in the past.

People would be more likely to use transit if it got them to their destination faster (44 percent); if there was more transit near their home and/or work (36 percent); and if it provided a more predictable travel time (28 percent). Twelve percent of respondents reported they were not interested in trying transit. 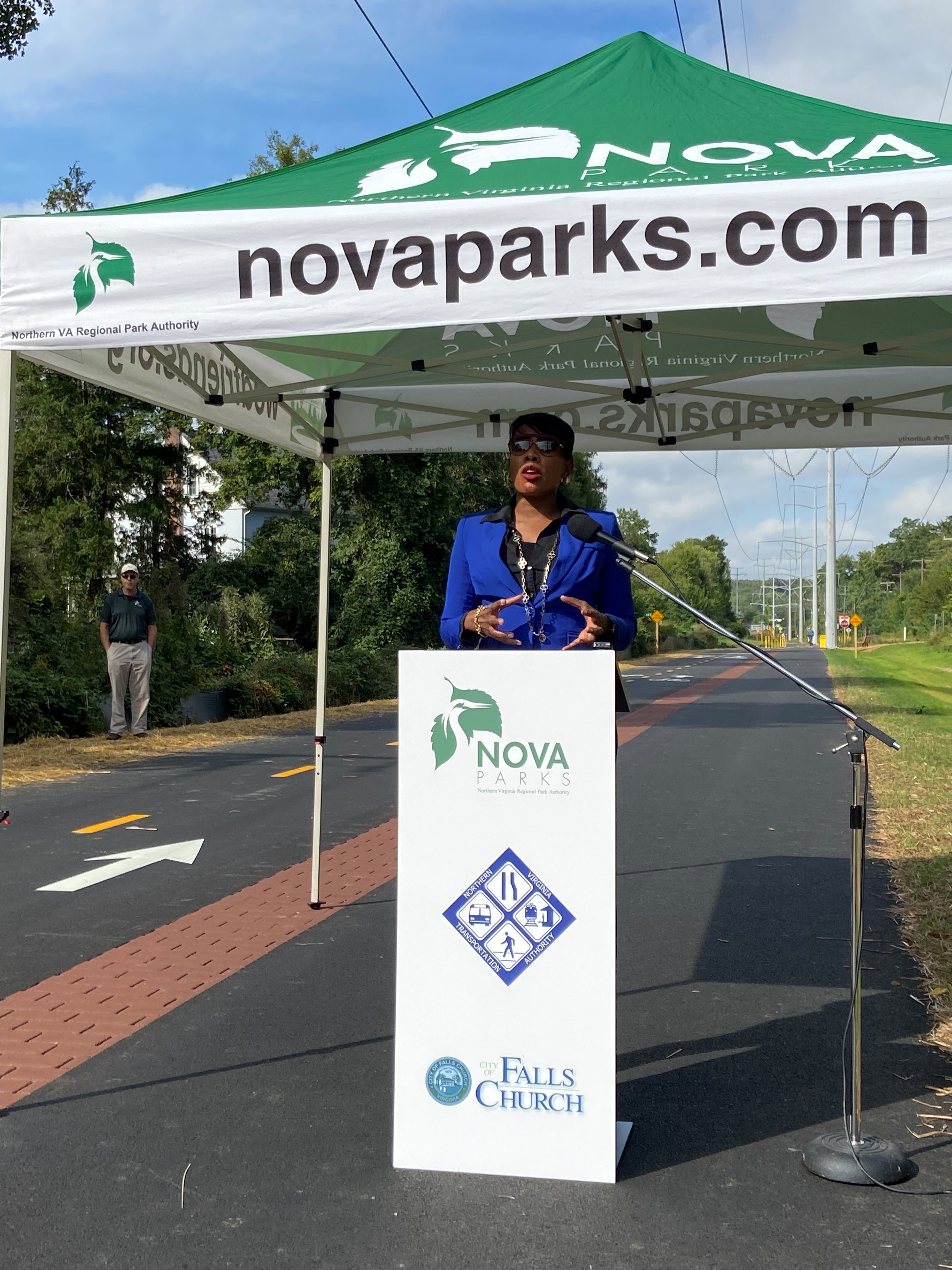 Monica Backmon of the Northern Virginia Transportation Authority, speaking during the recent W&OD Trail ribbon-cutting event in the City of Falls Church. Biking had high ratings in the recent NVTA survey.

The respondents laid out their transportation priorities starting with the number one priority of “more transit, walking, biking options,” the survey said. The second and third most commonly selected priorities were “reduce traffic congestion” and “improve travel time predictability.”

Monica Backmon, CEO of Northern Virginia Transportation Authority, led a discussion on Wednesday, Oct. 20, focusing on the survey results. As it is with most transportation objectives, funding is a big factor. “We are waiting for some of the revenue forecasts that are coming out of the Commonwealth,” she said.

One thing NVTA is doing for the rail commuting aspect is the Franconia-Springfield Passenger Rail Bypass. The Franconia-Springfield Passenger Rail Bypass Project is a dedicated passenger rail bridge that will stretch for nearly one mile across the Franconia, eastern-Springfield area. It will have a maximum height of 36.6 feet, and will include one new track with capacity for a second track in the future, NVTA said. This bridge will reduce the number of rail delays particularly for the VRE trains. When approved, construction will start in FY2026. NVTA will $22.95 million to this effort.

Between Oct. 18-25, WMATA advised customers to anticipate trains every 15-20 minutes on the Red Line and every 30-40 minutes on all other lines to account for any unplanned disruptions. Silver Line trains will operate between Wiehle-Reston East and Federal Center SW only. There is currently no capacity to fill unforeseen gaps, which will result in longer wait times. Crews are working as quickly as possible to put more trains into service, WMATA said.