Insight from voting and volunteering neighbors. 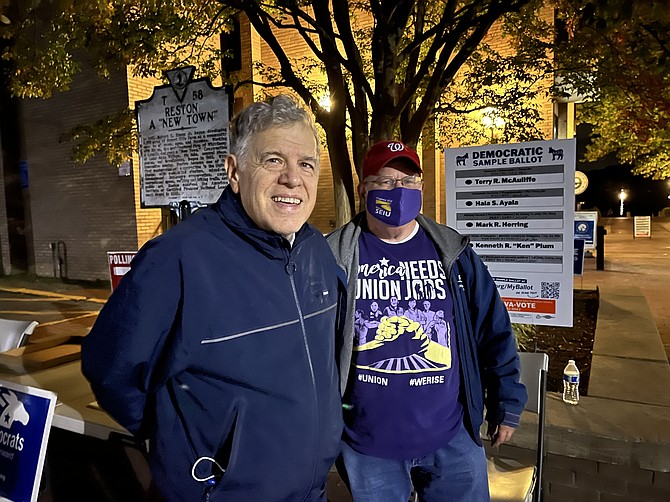 On Nov. 3, voters from across Fairfax County turned out for the off-year General Election, which took place in the absence of a presidential or 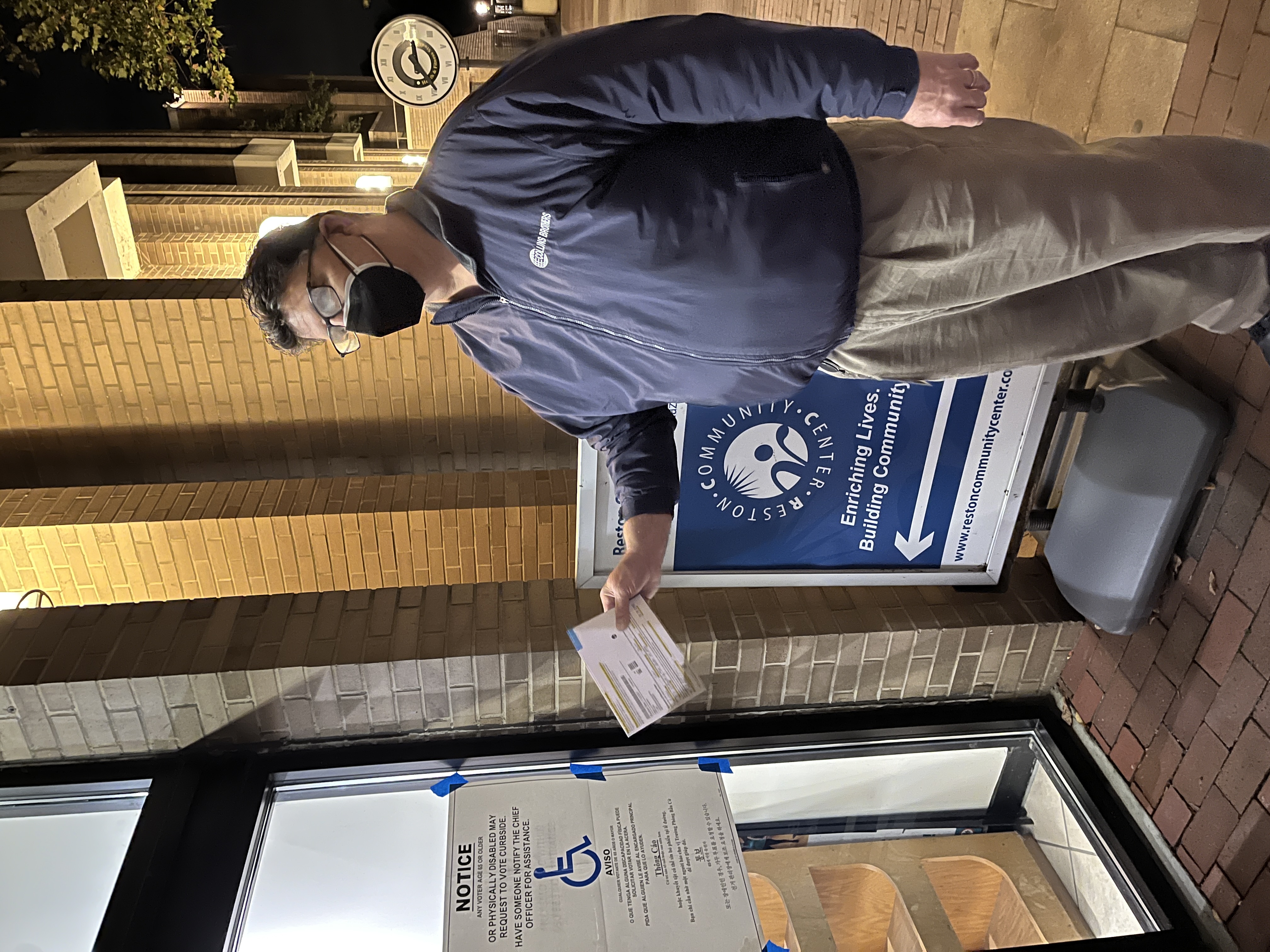 Bob Dawson of Reston delivers a paper ballot to the dropbox: “I tried to drop it off in Herndon on the 30th but couldn’t, so I’m at the Reston Community Center.”

midterm election. Virginia is one of only two states in the country, New Jersey being the other, that holds gubernatorial and state office elections during a non-presidential year. The rest of the nation may be watching how Virginia and New Jersey vote to foreshadow the possible outcome of the 2024 presidential election.

Here are some snapshots and viewpoints from these precincts. Others are covered in different Connection newspapers. 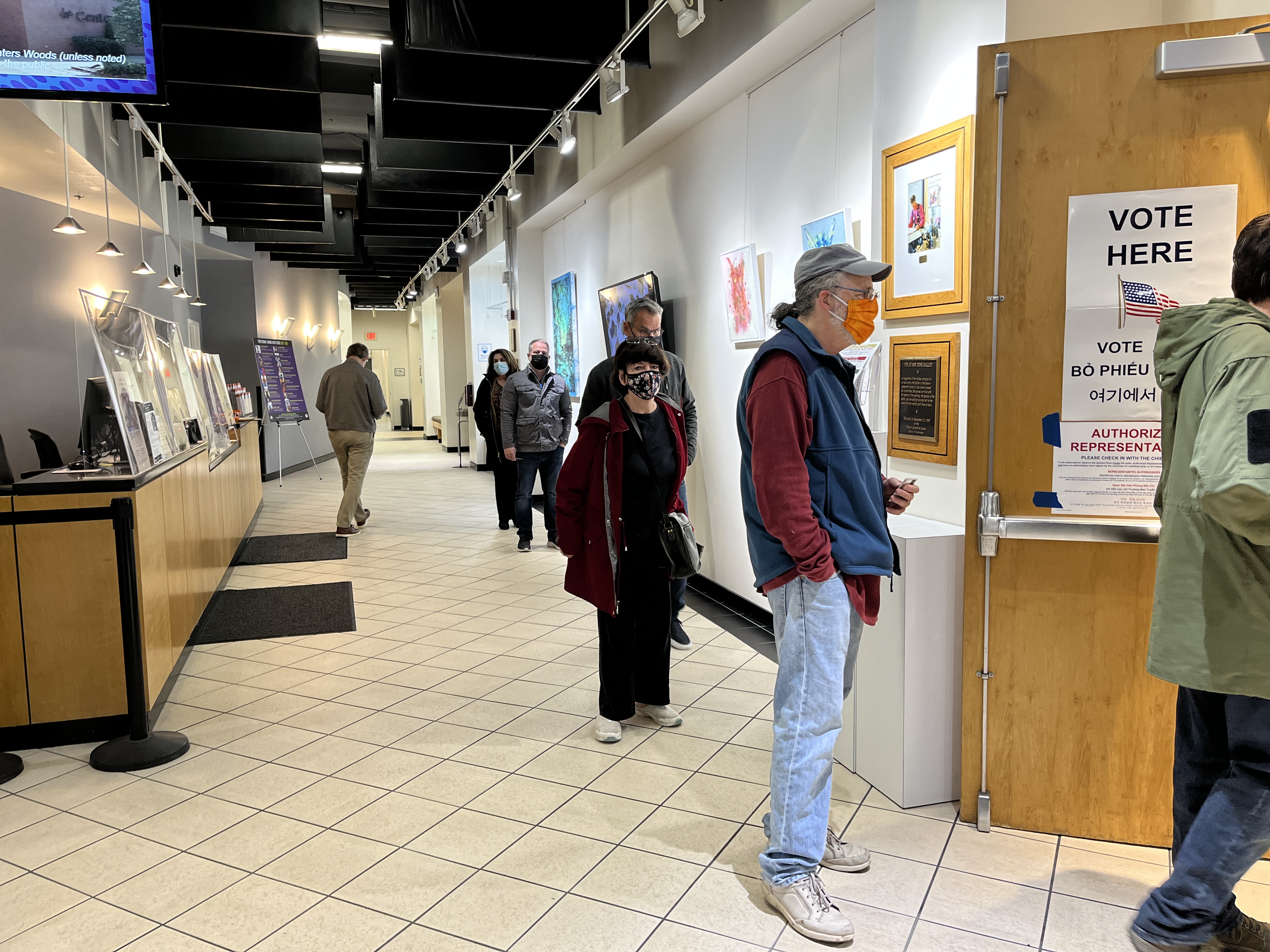 The 6 a.m. voting line at Reston Community Center on Nov. 3.
governor and other state office races were their primary reasons for voting in the off-year election. They also shared why they voted early or voted on Election Day, some telling how they cast their ballots and why. 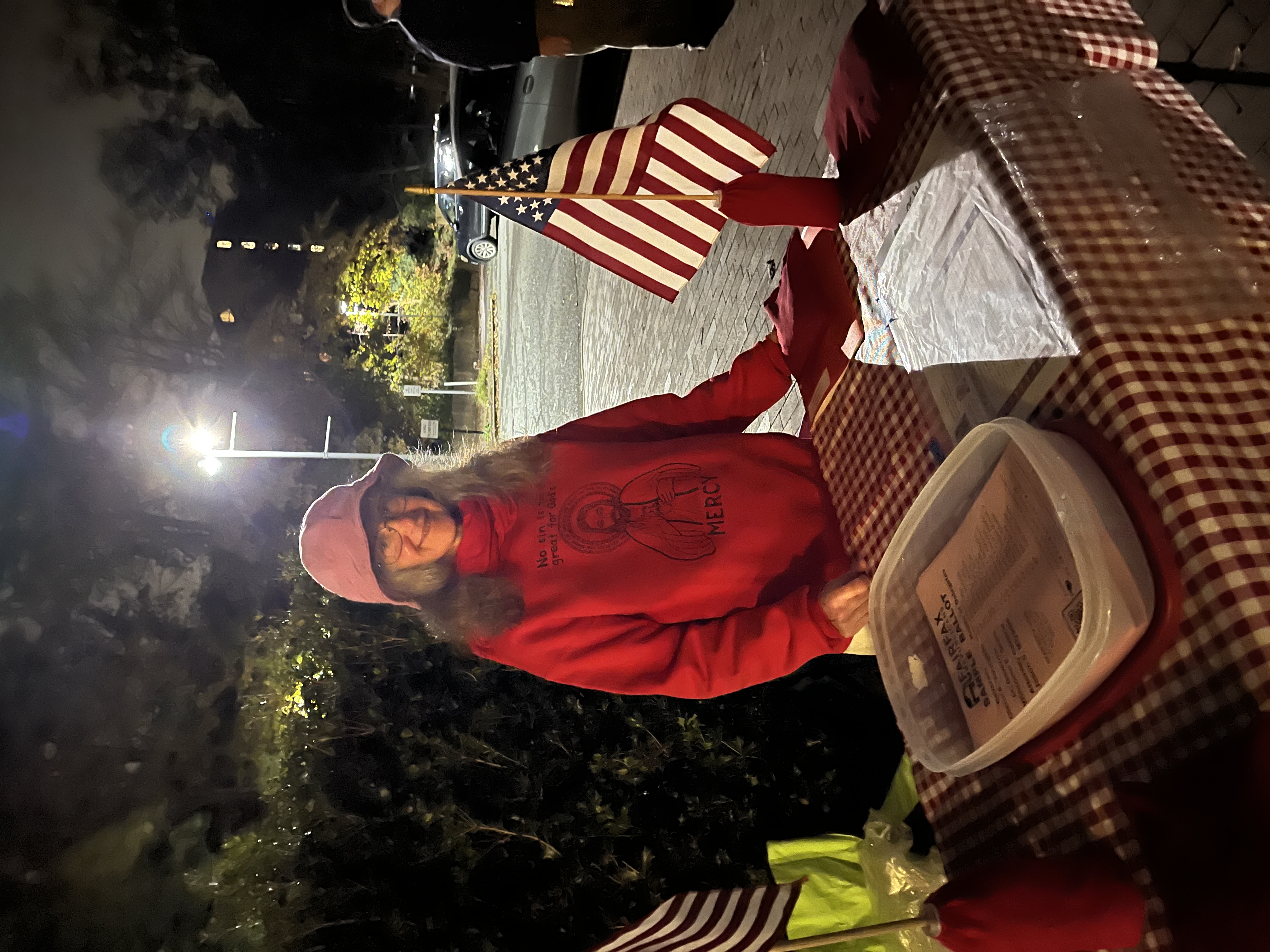 Helen Dicky at the Republican table: “I’m here volunteering because I care about my country. I’ve been serving as a volunteer for five years.”